Settling the impeachment question once and for all

Back during the Bill Clinton impeachment I was trying to cut through all the noise of whether what Clinton did was actually an impeachable offense. While everyone was debating it on television I actually went to the Department of Justice sentencing guidelines and looked it up. I knew that treason and bribery were specifically listed in the Constitution as impeachable offenses. It made sense to me that if perjury or suborning perjury were more serious than either of those then Clinton could be convicted. They both were. Bribery is a base offense level 8 in the sentencing guidelines. Perjury or subornation of perjury is a base offense level 14. 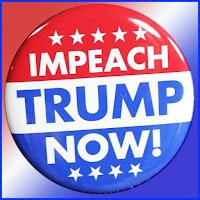 After pounding this on the air for several weeks I got a late-night phone call at home from then-Congressman Lindsey Graham. He was one of the House Managers charged with prosecuting Bill Clinton in the senate trial. He had heard about my theory and invited me to fly to Washington to address the House Managers. I did, and I explained that one only need look at what the Constitution specifically says is impeachable and then compare that with the Department of Justice Sentencing Guidelines to see if they have a case.

Despite the obvious, they assigned one of the lawyers assisting in the case to study it. By this point the impeachment trial had started. I had a ringside seat in the Marble Room of the Senate as this drama played out. I got a call the night before what would turn out to be the last day. It was the House lawyer and a Florida congressman on a conference call. This was several days after I’d made my pitch to the House Managers. The lawyer announced with some surprise that I was right. The congressman on the phone said he’d be making the point on the Senate floor the following day.

I watched the next morning with great anticipation. This stood to be a historic moment. The congressman was given the floor and launched into some flowery pronouncement about the geese landing on the Lincoln Memorial Reflecting Pool and the journey that had taken them to this moment. Before I knew it, he had droned on so long that his time had expired and he never made the point about the sentencing guidelines. Senator Trent Lott appeared in the Marble Room to announce to the House Managers that the trial was over. The Senate voted and, as you know, they fell short of the votes needed to convict.

Why do I tell you all of this now? Because the very same logic can be used to determine if anything President Trump has done is an impeachable offense. The lowest rung in the Constitution is bribery. As you now know, bribery has a base offense level of 8. What we’re hearing from the left is Mueller is going to charge the president with obstruction of justice. What exactly is that? Sentencing guidelines aren’t clear. Most suggest that obstruction is an aggravating circumstance to another crime. In other words, if you bribe someone then obstruct the investigation the guidelines say you should add another 2 levels. The best I can tell, obstruction of justice by itself is a base offense level 3.

Logic would dictate that there has to be an underlying crime for the president to even commit obstruction of justice. Since there’s no indication that he’s obstructing an investigation into his own crimes then the highest level for his obstruction would be a 3. That falls far short of an impeachable offense. But don’t tell the Never Trumpers.

Posted by Phil Valentine Show at 7:35 AM