The politics of fear

President Franklin Roosevelt once famously stated as he took over leadership of a United States in the throes of the Great Depression, “The only thing we have to fear is fear itself.” It was an attitudinal shift from the terror that had gripped the nation since the mighty crash on Wall Street just over three years prior. Historians will continue to debate whether or not FDR’s busy-work policies and alphabet soup agencies ended or exacerbated the depression, but one thing is for certain. His presidency set a high watermark for optimism for the country at large and the Democrat Party specifically. 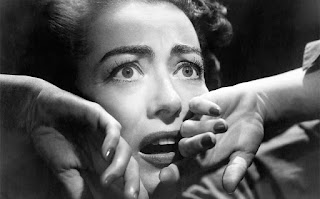 That optimism enjoyed a brief resurgence under John F. Kennedy that his assassination seems to have stripped from the party permanently. Bill Clinton managed to put a happy face on the pessimistic party, but even his rise to power was on the back of a commodity the Democrats have mined and traded now for half a century. That commodity is fear itself.

While Ronald Reagan was restoring the country’s sense of self-worth, a new cult of despair was in its infancy. It was called the global warming movement. Its godfather, James Hansen, was taking a cue from Paul Ehrlich and his wildly successful freak-out, The Population Bomb. Ehrlich confidently and boldly predicted in 1970, “The death rate will increase until at least 100-200 million people per year will be starving to death during the next ten years.” He took the occasion of the first Earth Day in 1970 to predict that 4 billion people would die sometime between 1980 and 1989 in the “Great Die-Off.”

We’ve had nearly fifty years to assess the utter absurdity of Ehrlich’s predictions, yet he still stands by most of them. That’s what happens when you go all in on fear. There’s no backing down without totally destroying your reputation in the process.

Such now is the fate of the global warming alarmists. They have peddled fear for a demonstrable 30-year period, a time-span that scientists and political observers can assess for its accuracy, or lack thereof. Philip Shabecoff, an environmental reporter for the New York Times, wrote in June of 1988, “The rise in global temperature is predicted to cause sea levels to rise by one to four feet by the middle of the next century.” While we haven’t reached the middle of the century we are nearly halfway there. On the low end sea levels should’ve risen by six inches. Of course, they haven’t.

Liberals, devoid of positive ideas of their own, have resorted to exploiting not only fear but guilt. You’re destroying the planet so you must do something about it. You have too much and you’re far too comfortable so you must do something about it. All of the great gulit-and-fear schemes from peak oil to global warming to the population bomb have something else in common other than guilt and fear. Redistribution of wealth. If you’ve managed to work hard and produce it’s somehow your fault that others have not.

The volume of hysteria among the liberals increases with each new bit of economic news. One would think that black and Hispanic unemployment at historic lows would be cause for celebration. It is only if you measure success by the normal metrics of success. It’s bad news if you measure it only by fear.