The lessons of 'Lion'

If you haven’t seen the movie, Lion, I suggest you do. It’s the true story of a five-year-old from India who goes off with his older brother one night to look for scraps to sell to help support their mother. The older brother leaves the five-year-old asleep on a bench on a train platform. When the young boy awakens, he goes searching for his brother. He boards a decommissioned train that takes him on a two-day journey to Calcutta. There he fends for himself on the streets until he’s picked up and taken to an orphanage. He’s too young to be able to tell the adults where he’s from. They run ads in the Calcutta newspaper but no one claims him. 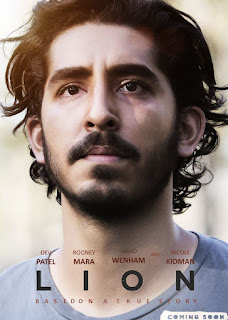 He’s finally adopted by an Australian couple and moves to Tasmania. There he’s raised as a typical Aussie. When he’s 25 year old, he visits the home of an Indian couple who serve up Indian cuisine. He starts having flashbacks of his youth and becomes obsessed with finding his real mother and his brother. The bulk of the movie is about his journey to reconnect.

I’ve thought a lot about the movie since I watched it with my family. The obvious point is how different his life was because he was raised in Australia instead of India. He’s wrought with guilt over his privilege, which we hear a lot about from the left these days. I’ve given that a great deal of thought.

We are all either victims or beneficiaries of our circumstances. There’s no doubt this young man had a much better life because he decided to board that train on that fateful night. But should he feel guilty?

Guilt is the currency of the left. Whether it be global warming or income inequality, they use it to try to force a redistribution of wealth. But redistributing wealth does not cure poverty. Abraham Lincoln once said, “You cannot help the poor by destroying the rich.” You have to first understand why people are poor, and reasons vary from country to country.

India is one of the poorest places on Earth and has been for a very long time. About 24 percent of the population is at or below the poverty level. That means around 276 million people live on less than $2 a day. Why? A lot of India’s ills can be traced back to the caste system, a social order that far predates British colonialism (although that certainly didn’t help). The caste system is a Hindu concept that dates back to 1,500 BC. Basically, you were born into a class and you could not escape it. It was your spiritual destiny. Lack of upward mobility is what has kept Indians in poverty for centuries.

If you ever wondered why Indians seem to be so smart but so many are poor, that’s why. You take Indians out of India a plop them in the Western world and they prosper. The left doesn’t seem to get that concept. Instead, they develop one redistribution scheme after another when the answer is the very system they loathe: capitalism.

America is where dreams come true. Why? Because it’s where you can go as far as your hard work, tenacity, and ingenuity can take you. Instead of asking why people are poor, we need to be asking why people are rich. Instead of hating them, we need to be emulating them. Rich people, for the most part, don’t become rich by stealing other people’s money. Lincoln said it best. “You cannot strengthen the weak by weakening the strong.” 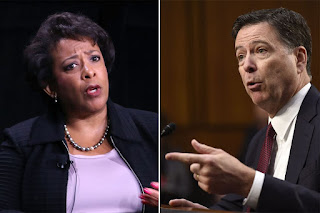 Posted by Phil Valentine Show at 6:00 AM 2 comments:

Paris accord does nothing about real pollution

Donald Trump is famous for stepping on his own message. There’s no doubt about that. However, the message is still worth sending and he sent a big one when he pulled us out of the Paris Climate Treaty. The bullet we dodged is largely unknown by the American people. It’s time they knew. 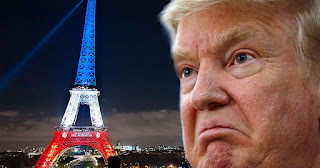 First of all, and this is a trap many conservative outlets fall into as well, the Paris agreement does not reduce pollution. It ostensibly reduces CO2, which is not a pollutant. In fact, CO2, if you’ll remember back to 5th-grade science class, is beneficial to the planet. It’s what plants take in from us in order to give us oxygen. The reduction of CO2 could only hope to be a two-tenths of one degree reduction by the end of this century. And that’s if you make the leap of faith that reducing CO2 emissions has any effect on temperature.


The evidence suggests that it does not. According to satellite data, temperatures over the last two decades have remained steady despite the increase in carbon dioxide.

And before we get too far away from this lame argument that CO2 is a pollutant, it’s instructive to bring in a recent World Health Organization study. Real air pollution is how we should be measuring countries. How clean is their air? We’re talking smog. Air quality that is actually detrimental to health. And, by the way, there is no CO2 in smog. The WHO ranks the United States as one of the cleanest countries on the planet. We’re as clean as Iceland when it comes to air quality. We’re also cleaner than all of the G-7 nations, the ones that have been having a hissy-fit over our leaving the Paris agreement.

This is something the Branch Algorians can’t seem to get through their thick skulls. The real issue is air pollution. We have spent untold amounts of money on technology that converts real air pollution into carbon dioxide, and we’ve been very successful at it. Now the crazy dirt people out there want us to pay up. Obama committed us to $3 billion for the so-called Green Climate Fund. This is the conduit through which wealth is redistributed. We’ve already coughed up a billion dollars and guess who gets the money. Countries like Iran and North Korea and other countries hostile to the United States. And do you really think they’ll use the money to reduce CO2? Do you?

I remember a trip to Rome several years back. I don’t want to gross you out, but at the end of the day I would blow my nose and the discharge would be black. Their air pollution is one of the worst I’ve ever seen. People walk around Beijing with surgical masks on. They routinely issue air quality warnings. The Paris agreement does nothing to change that. Do you hear me? The Paris agreement does nothing about real air pollution. Nothing.

We have got to educate the American public on how they’ve been bamboozled. Al Gore shortened carbon dioxide to “carbon” for a reason. To fool you into believing that CO2 was something dirty. It’s not. CO2 is as natural as oxygen. They’ll probably demonize that before it’s all said and done.

President Trump needs to seize this opportunity and completely change the discussion. We’re a world leader in clean air. The rest of the world needs to follow us instead of us following them over this cliff of economic destruction under the guise of “saving the planet.” According to the World Health Organization, we already are.