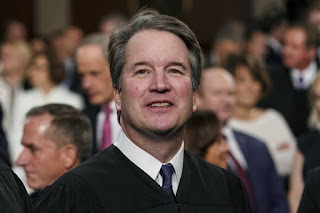 Nashville is shielding violent criminals...and the news media are silent

It’s become a familiar refrain with me, but I too often have to say that media bias isn’t necessarily what they tell you. It’s what they don’t. Case in point is a recent story in Nashville. ICE agents attempt to apprehend a criminal illegal alien and he flees in a box truck, almost running over one of the agents as he does. Shots were fired by one of the ICE agents and the suspect was hit. He later turned himself in and was treated at an area hospital.

That, in and of itself, is a rather dramatic story. It got local coverage in Nashville, but inexplicably got virtually no coverage on the national news. It was what I was able to learn afterwards and what was not reported that was so disturbing.

But let’s back up to the original story itself. This illegal alien, who allegedly tried to run over a federal agent, was called a ‘victim’ in a statement issue by Nashville Mayor David Briley. Tennessee Immigrant and Refugee Rights Coalition called ICE a “rogue agency” that was “terrorizing and traumatizing the entire community.”

I knew ICE didn’t routinely arrest illegals who were just going to their jobs (although I think they should). They normally removed violent criminals from the country. I wanted to know what this particular illegal alien’s name was and what crimes he had committed. My staff and I were stonewalled at every turn. Nashville police referred us to ICE and wouldn’t tell us the suspect’s name nor would they reveal his crimes in Nashville. ICE referred us to the FBI since the FBI had taken over the case because a federal agent had been involved in a violent incident. The FBI wouldn’t return our inquiries.

I finally made contact with a government official in the know who asked to remain anonymous. I will tell you that this person is as close to this investigation as you can get and the information he gave me is beyond question. I was able to confirm that the information on the suspect’s identity we got through other investigative avenues was correct. The man’s name is Jose Fernando Andrade-Sanchez. He’s been living in the Antioch section of Nashville. He has a conviction of aggravated child abuse and another conviction of domestic violence. He’s a bad man, and ICE was trying to get another violent illegal alien criminal off the streets. Instead the government and the news media tried to keep that information from the public. My government source told me I was not the only one from the media to whom he had imparted that information, which meant I was just the only member of the media actually reporting it.

Now, if you’re doing a story on ICE trying to apprehend an illegal alien and it ends with the suspect being shot, isn’t an important part of the story why they were trying to arrest him? I would suggest it’s the most important part of the story, yet no news media outlet bothered to inform the public. This is a blatant attempt to not paint an illegal alien in a negative light, even though he deserved to be.

What’s more, Mayor Briley, fully knowing that this guy was a convicted child abuser, issued an executive order to ignore state law and forbid anyone in Metro Nashville government from working with ICE. Even when he issued the EO the news media still kept under wraps that he was blatantly protecting a violent criminal.

We all should be outraged over this, but it’s hard to outraged if you never even know. 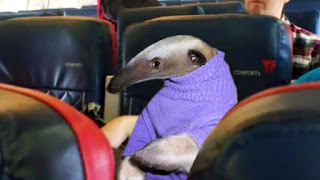