Trump Derangement Syndrome is a disease

They first tried to keep Donald Trump from being president. That conspiracy reached the highest levels of the FBI, maybe the highest levels of our government. When that didn’t work they demanded a recount. Then they demanded the Electoral College not seat him. That failed and they moved to impeachment talk, impeachment over nothing remotely resembling an impeachable offense. Then they tried to shout down his policies. The tax cuts would be ‘Armageddon,’ remember? Again they were wrong and the economy is at the best place it’s been in decades.


What’s more troublesome to the left is now, according to a CNBC survey, the majority of Americans favor the president’s handling of the economy. That’s a tipping point in American politics. Pocketbook issues usually hold the strongest sway over American voters. Pretty soon some of the staunchest opponents of Trump will say, “I still think Donald Trump is a vulgarian, but…” Once that ‘but’ creeps into the conversation, it’s all over.

So, there’s only one thing left for those with Trump Derangement Syndrome to do. Sow utter chaos in the country.

Sarah Sanders, the White House press secretary, is kicked out of a Virginia restaurant because the owner says she works for an ‘inhumane’ administration. DHS Secretary Kirstjen Nielsen is screamed at and harassed out of a Mexican restaurant in Washington, DC. Florida’s AG, Pam Bondi, can’t even attend a screening of a Mister Rogers movie without being accosted by deranged anti-Trump fanatics. Maxine ‘Mad Max’ Waters throws gasoline on the fire by encouraging everyone everywhere to harangue Trump administration officials. “If you see anybody from that Cabinet in a restaurant, in a department store, at a gasoline station, you get out and you create a crowd. And you push back on them. And you tell them they’re not welcome anymore, anywhere.”

They’ve lost. Not just their minds, they’ve lost the cause. It’s no coincidence that the better the country does the more deranged they become. America’s prosperity through tax cuts and capitalism is the worst news these people could get. They felt they were so close to fundamentally transforming this country under eight years of Obama only to see most of what he built on sand washed away in a torrent of supply-side economics.

If you’ve been waiting for these Never-Trumpers to calm down it should be clear to you that they’re not going to. The more they see their precious socialist utopia slipping away the more hysterical they become. Many of these people are ashamed of what made this country great. They think capitalism is cruel and capitalists are evil. They despise the direction we’re going.

They see only one option left, and that is to burn society to the ground. 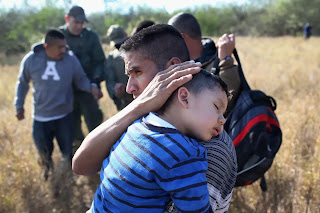 We should’ve seen this coming. It didn’t matter what President Trump did at the summit with Kim Jong-un, he was going to be dogged by the liberals and the left-wing media. But it truly was historic. We may very well be on a path to a nuke-free NoKo. Who woulda thunk it just a few months ago when Trump was calling Kim ‘Little Rocket Man.’

What the establishment types don’t understand is Trump diplomacy. Here’s how it works. You play ball with him or he’ll crush you. Basically, Trump went over to Singapore with one message: Give up your nukes and we’ll let you live. If you understand Kim you understand that he inherited a country. He’s simply trying to hang on to it. Trump let him know that if he gets rid of his nukes he gets to keep his country. 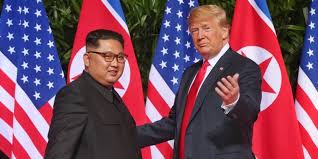 Then the libs decried Trump’s lack of pushback over human rights. Again, they don’t understand how you do deals. Are human rights important? Sure, but they’re not nearly as important to us as making sure Kim’s not threatening his neighbors and us with annihilation. Human rights can come later. And Trump’s much more likely to be successful along those lines once he’s gained the trust of Kim.

The left and the establishment Republicans continually underestimate Trump. They think he’s a buffoon. They don’t think he’s on their level intellectually, and he takes advantage of that weakness time and time again. The man is shrewd. He knows how to get deals done. He knows how to read people.

Remember how they were all decrying his lack of preparation? And the man shows up knowing exactly what he was doing. The naysayers are trying to actually claim that Trump gave up our defense of South Korea and got nothing in return. He didn’t give up defense of SoKo. Our military’s not going anywhere. They’re just not going to provoke North Korea by buzzing the North’s coastline. I thought it was a brilliant chip to play.

On the issue of human rights, I can imagine Kim visiting America. Trump takes him out for a game of golf and between holes they’re riding in the cart and Trump says, “You know, I’m not trying to get in your business, but I know a thing or two about PR. You’d be much more popular around the world, and your own country, frankly, if you wouldn’t kill so many people. And maybe let some of these political prisoners go. They make you look bad, and I think you’re a pretty honorable guy.” That’s how Trumplomacy works. And that’s what the establishment types can’t wrap their minds around.

Look, whatever these establishment types have been doing for 20 years ain’t working. Trumplomacy is first letting your opponent know who’s boss, gain their respect, then make them your friend. No one wants to be friends with a pushover weenie. Everybody wants to be friends with the cool guy. The guy you’re just a little afraid might kick your butt if he gets angry with you.

The Trump/Kim summit was just the beginning. We got a promise to denuclearize. We’re not stupid enough to lift the sanctions yet. Trump’s going to take it slow and see what happens. What’s for sure is he has absolutely confounded his critics. What else is for sure is if peace does come to the Korean peninsula Trump will never get the Nobel Peace Prize. Maybe it goes to Kim Jong-un or Moon Jae-in. Maybe Kim’s sister, Kim So Hot. My vote goes to Dennis Rodman.
Phil Valentine is the host of the award-winning, nationally syndicated talk radio show, The Phil Valentine Show.

Posted by Phil Valentine Show at 8:36 PM No comments: