Civil forfeiture without due process must end

We’ve all heard the stories. The cops pull someone over and find a large amount of cash. They suspect drug-running so they seize the cash. The person tries to get his money back but to no avail. It’s called civil forfeiture. It happens far too often and it needs to stop.

Did you know that, according to the Institute for Justice, 80 percent of people from whom the federal government seized property under civil forfeiture laws were never even charged with a crime? Eighty percent!

How can that be? How can the government just take your possessions? Here’s how. Civil forfeiture actions are what’s known as in rem proceedings. That’s latin for “against a thing.” In other words, the government pretends to try inanimate objects. That’s why we get cases like United States v. $35,651.11 in U.S. Currency or State of Texas v. One 2004 Chevrolet Silverado.  They ostensibly try inanimate objects for their involvement in criminal activity. That means the person who owns the property doesn't necessarily have to be charged and, most times, isn’t.

In many cases, the law enforcement department seizing the property gets to keep it. The town of Richland, MS has just built themselves a brand new $4.1 million police station funded by civil forfeiture money. Cops sit out on I-20 and pull over suspected drug-runners. They take their cash and anything they take they get to keep.

That’s the perverted incentive of civil forfeiture. It’s known by opponents of civil forfeiture as “police for profit.” Policing for profit has exploded in the last few years. According to IJ, the top ten forfeiture money-earning agencies in Texas got more than a third of their budgets from civil forfeiture. A former NY City police commissioner pointed out that cops often set up roadblocks on the southbound lanes of I-95 which carry the cash to Miami to buy the drugs instead of actually catching the drugs on the northbound lanes. Cash can be seized and spent. Drugs have to be destroyed.

But the police aren’t the only ones, by far. One of the most egregious money-snatchers is the IRS. There are countless stories of the IRS stealing money out of bank accounts because they didn’t like the way the money was deposited. Any deposit over $10,000 has to be reported by the bank to the IRS. If you make several “structured” cash deposits under 10 grand the IRS might just take everything in your bank account. From 2005 to 2012, they seized more than $242 million in more than 2,500 cases.

Were some of those people engaged in criminal acts of evading taxes? Probably. How many is impossible to tell since many never go to court. The IRS just keeps the money. At least a third of the cases are nothing more than a series of cash transactions with apparently no other criminal activity even alleged. That’s scary. If the owners of the money ever do get that money back it likely will take at least a year and cost them untold dollars in legal fees.

No one should have their property taken from them without first being convicted of a crime involving that property. It’s really that simple. Civil forfeiture as we know it needs to end. What certainly needs to end is allowing the departments that seize your property to keep it. That’s just ripe for corruption.

It’s time to end civil forfeiture. Get rid of the profit incentive and require a criminal conviction before property can be taken. Make the bad guys the incentive, not the money.

They're coming to take us away, ho-ho, he-he, ha-ha

People are freaking out over Jade Helm 15 and most Americans have no idea what all the fuss is about. To bring you up to speed, Jade Helm 15 is a long-planned military exercise involving U.S. Special Operations forces like the Navy SEALs and the Green Berets. It will last 8 weeks starting July 15 and cover 7 states. When several Walmart stores mysteriously closed, including some in the states where Jade Helm will take place, the conspiracy nuts really went bonkers. 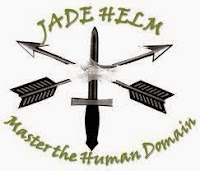 It’s rather difficult to ascertain exactly what the conspiracy theorists are coming unglued over. What I hear most is the institution of martial law, the rounding up of patriots and putting them in FEMA camps (whatever that’s supposed to be), and the confiscating of all the guns. As far as the detention centers are concerned, that’s where the Walmart angle comes in. Walmart has closed several stores over supposed “plumbing issues,” although we’re told no plumbing permits have been pulled in those towns. The conspiracy goes that those Walmart stores will be used as prisons when Jade Helm rounds up all the patriots.

Now, let’s throw in a healthy dose of common sense. First off, why would Obama want to upset this perfect apple cart he’s got going? He’s getting virtually everything he wants, despite a Republican Congress. Why would he now want to go into Texas, Utah, New Mexico and other states and start rounding people up?

Here’s the big common sense question. Who in their right mind thinks a bunch of Navy SEALs and Green Berets, who are arguably some of the most conservative people in the country, are going to follow an Obama order to round up innocent citizens and throw them in prison? That’s the part that’s really gotten to the participants of Jade Helm. They can understand suspicion of the government but they’re offended that people would think they would be a part of such a conspiracy.

But, of course, these conspiracy theories have been around for decades. Most recently, unfortunately, they’ve been fueled by some in talk radio and knee-jerk sites on the Internet. I’ve listened to these government conspiracies since the early ‘80s. To date, I can’t think of one that’s come true.

All one has to do is look at the track record of those spouting out all this nonsense. In fact, just look at some of the conspiracy theories and you start to see a pattern of disconnect from reality. There’s, of course, the 9/11 cover-up that theorizes 9/11 was an inside job by George W. Bush and the Twin Towers were imploded with explosives, not brought down by terrorists hijacking airplanes. In fact, the theory goes, there were no terrorists on those planes, just CIA operatives. How they managed to survive is anyone’s guess. There’s the ‘Secret Societies Control the World’ theory in which the Rothschilds are the ones pulling the strings and we are all mere marionettes. The moon landings were faked, the Holocaust didn’t happen and we’re all being ruled by reptilian elites from another planet.

Am I worried that all the patriots are going to be rounded up into FEMA camps during July and August? Not in the least. Just like those who freaked over Y2k, the only cure for this conspiracy is time. When it doesn’t happen we'll all know the truth. I’ll see you in September. 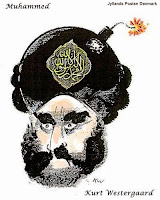