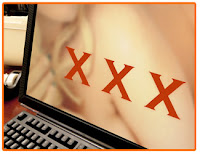 I fear that too many people make addiction excuses in order to justify their aberrant behavior. We’re in short supply of personal responsibility these days and adding another “addiction” to our lexicon is not going to help matters. What we need is a frank discussion about what is appropriate behavior and what is not. If you want to sit around and look at dirty pictures, more power to you. This is America. But don’t complain that you can’t help it.

I’m sure the sex addiction defense is going to be widely used by those caught in the hackers’ web of the Ashley Madison cheater’s site scandal. Maybe Jared from Subway can claim he’s addicted to teenage girls. I hope we’re smart enough to see through all of this. People make choices in life and some of those choices are bad ones. Let’s focus on that and encourage us all to make better choices instead of making better excuses. We build a stronger society by taking the high road on this.

But, just in case the “addiction” claim is embraced, can I get the government to pay for my boat?

Posted by Phil Valentine Show at 6:00 AM 7 comments:

What if it's Trump?

There are multiple ways to do that. We send almost a billion dollars to Mexico in aid. Why? Why would we give them anything when they’re flooding our country with illegals? That money should be cut off immediately. Trump proposes impounding all remittance payments going from illegals here back to Mexico until the wall is built. Skeptics say it’s unworkable since bitcoin and other digital currencies allow people to move money across borders undetected. That may be so, but the bulk of the money leaving the country now is via wire transfer. I’d like to see either a 50 percent tax on remittances or a requirement that one proves they’re in the country legally before they can transfer money out at all, but I’ll take impounding the money instead.

You see, a lot of presidential candidates have talked around the edges of the illegal immigration issue but Trump is grabbing it by the horns. Another CNN poll asked people which Republican candidate they thought would change Washington. It wasn’t even close. Trump had 44 percent. Ben Carson was in second place at 9. That, in a nutshell, is the reason for Trump fever. Other politicians talk about changing Washington but when Trump says it, people actually believe it.

Now, I’ve said that Trump is an empty vessel into which people pour their hopes and dreams, and there’s a lot to that. People attribute all sorts of things to Trump that he never said. They either think he said it or wish he had. Either way, they’re on the Trump train and it really doesn’t matter why. Yet.

Except for the illegal immigration issue, Trump has been short on details. One would think that would have to change if Trump is to maintain his humongous lead. But, of course, one would have thought his McCain remarks would’ve derailed the Trump train. If not that, one would have thought a poor debate performance would have. Nothing yet has come close and the Washington elites are longing for that so-called inevitable moment. They may be waiting quite a while.

At the first debate, the candidates were asked if there was anyone on stage who couldn’t promise to support the nominee, whoever that might end up being. Trump was the only one raising his hand. He caught a lot of flack for that. The other candidates, by not raising their hands, pledged to support the eventual nominee. What if it’s Trump? Will Rand Paul support Trump? Will all of the others support Trump? Now that Trump’s chances are growing, it’s something each of these candidates needs to consider. Instead, most of them would rather throw stones at him, which is understandable in a primary, but someone will emerge victorious.

Several of the candidates are heaping on insults and criticism of Donald Trump in an effort to somehow stop him. Are they ready to eat those words when the process is done?

Posted by Phil Valentine Show at 6:00 AM 3 comments:

Is Donald Trump a sexist SOB?

I find the Donald Trump/Megyn Kelly dust-up interesting for a whole host of reasons other than what people focused on after the debate. To bring you up to speed, Megyn Kelly is a Fox News host who asked Trump about his insults directed at women. I’ll get to the merits of the question in a moment. Trump responded afterward on another network by saying Kelly was so angry “you could see there was blood coming out of her eyes, blood coming out of her wherever.” Many took that as a reference to her menstruating. Trump claims he meant blood coming out of her nose or ears.

I’m here to explain why it doesn’t matter where he insinuated the blood was coming from.

Let’s review Trump’s record of insults. He’s called John McCain a “dummy.” He says Karl Rove is “a total loser.” He’s insulted Rick Perry, Gov. Abbott of Texas, Jeb Bush, Lindsay Graham. What do all these people have in common? They insulted Trump first. Oh, and he called Rosie O’Donnell a “slob.” For that the mainstream media labeled Trump a misogynist. That’s someone who hates women, by the way. Did you know there really is no word for women who hate men? Is that sexist?

That’s really my point in all of this. I’m not defending Donald Trump, mind you. He’s certainly capable of doing that himself and he doesn’t need my help. I just want to focus on the hypocrisy. Women want to be treated as equals, and rightfully so. Then why is everyone all up in arms because Megyn Kelly is being treated just like Trump treats every other man?

You can’t say that you want equal rights for women then call Trump a misogynist for doing it. And it’s important to note that everyone’s been fuming about Trump’s comments regarding Megyn Kelly except for one person: Megyn Kelly.

Now, to the debate question that set all this off. Megyn Kelly’s questions, in general, were designed to embarrass the candidates, not enlighten the voters. She said to Trump, “You’ve called women you don’t like ‘fat pigs,’ ‘dogs,’ ‘slobs,’ and ‘disgusting animals.’ Trump interjected, “Only Rosie O’Donnell.” Turns out, he was right. It also turns out that Rosie started the feud back in 2006 when she referred to Trump as a “snake-oil salesman” with the “moral compass of 20-year-olds in America.” From there, it degenerated into a back and forth with Rosie certainly throwing as many punches as Trump.

Kelly went on to ask Trump, “And how will you answer the charge from Hillary Clinton who was likely to be the Democratic nominee, that you are part of the ‘war on women’?” It’s like asking a candidate, “Have you stopped beating your wife yet?” It was a “gotcha” question. She did the same thing to Scott Walker and Ben Carson. She asked questions that were designed to make them squirm, not elucidate their positions on the issues. She defended the questions as being tough and they were that, but they were tough only in the sense that they made the candidates uncomfortable.

The complaint about having Trump on the stage was that the debate would take on the feel of a reality TV show. Ironically, it was the questions from the moderators that contributed to that atmosphere, not Trump.


Politics is a contact sport. I’m thrilled so many women have chosen to participate but everyone should understand that there aren’t two sets of rules for men and women. As the saying goes, you wrestle with a pig, you’re going to get dirty.

It's the sun, stupid!

President Obama is determined to kill the coal industry through his specious argument that carbon dioxide is destroying the planet so he’s ordered coal producers to reduce their CO2 output by 32 percent below 2005 levels by 2030. He calls it “carbon pollution” which is a clever tactic employed by those out to destroy our economy. Take something that is actually beneficial to the ecosystem like carbon dioxide and make it sound sinister. “Carbon” instead of “carbon dioxide.” Sounds like something black and dusty, like we’re dumping coal into the atmosphere.

Hey, I think we’re onto something. Make “carbon” synonymous with coal and it’s a short step to banning coal outright. It was no coincidence that another coal company announced bankruptcy the same day Obama announced his EPA initiative to put them out of business. Alpha Natural, which operates 60 coal mines, filed for Chapter 11 bankruptcy reorganization, trying to stay alive under the withering attacks from the Obama administration.

Despite overwhelming evidence debunking the manmade global warming theory, Obama has become desperate to implement his job-killing policies before he leaves office. Perhaps he knows that time is not on his side. With each day that passes it becomes more and more certain that we’ve been bamboozled by the global warming alarmists into dismantling the greatest free-market society known to the human race.

Let’s review what we know. The global warming theory posits that an increase in carbon dioxide will necessarily result in an increase in global temperatures. Carbon dioxide emissions have increased by 35 percent since the dawn of the industrial revolution. We’re told they’ve accelerated in the last 20 years. That means the earth’s temperatures should have gone up considerably as well. They haven’t. Temperatures have certainly increased slightly since the end of the Little Ice Age which ended in about 1850. However, if you look at satellite data, it shows we haven’t warmed since December of 1996. If the earth had a fever, as Al Gore once claimed, apparently that fever broke 19 years ago.

NPR says global warming is on vacation. Vacation? How much vacation does global warming get? What, is he union? I think they better send out a search party for global warming. They might find that he’s gone to work for the competition: global cooling.

Yes, many scientists are coming to the conclusion that we’re in the beginning stages of a cooling period. Yeah, I’d say if we haven’t warmed in 19 years we’re certainly not in a warming period. To what do they attribute this cooling? The sun. That’s something that’s baffled me for years and we explored in our movie, An Inconsistent Truth. Why is it that people can be fixated on a gas that makes up four-hundredths of one percent of the atmosphere and they totally ignore that big burning ball of fire in the sky?

Slate.com’s astronomy blog tried to calm the fears of the global warming hysterics by saying, “While changes in the Sun’s activity have a very marginal effect on global warming and/or cooling, human contributions to carbon dioxide in our atmosphere completely overwhelm the Sun’s influence.” Again, they’re assuming a trace gas in the atmosphere is more of a deciding factor on the earth’s temperature than the only thing that actually controls warmth: the sun.

It’s nonsense, of course. If the sun is heading into an inactive phase it logically follows that temperatures will drop. If carbon dioxide really does cause the earth to warm then we better be spewing all we can into the atmosphere. We’re going to need it.