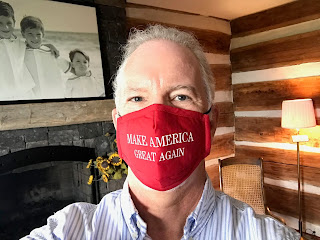 I got a call from a distressed listener. His concern was quite similar to the concerns of many others from whom I’ve heard over the last couple of years. The country is more divided than he’s ever seen it, he said. The insinuation was this was Trump’s fault. Although it coincides with Donald Trump’s election to the presidency it is not Trump’s fault.

As I explained to this distressed listener, what we’re seeing across the country by way of riots is a manifestation of an utter panic that has set in on the far left. For decades they had Republicans who would go along to get along. Illegal immigration was only a matter of how much of it we tolerated, not a 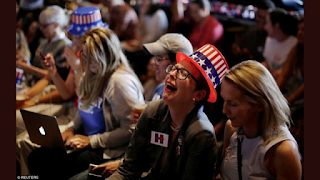 complete war on it. Illegal immigration is one of the means by which the left plans to totally transform (ie: destroy) the United States. Donald Trump vowed to stop it. Even though his plan has endured many roadblocks, we are now steadily building a wall across the porous sections of our Southern border, and stiffer enforcement of existing laws is discouraging the waves of illegals that we saw under Obama.

One of the overlooked aspects of Trump’s presidency is his handling of China. I don’t mean that it’s totally overlooked by the media. It’s being overlooked as a great source of disdain and consternation by the socialist/Marxist left in this country. Since the fall of the Soviet Union, Marxists have looked to China as one of the world’s last remaining utopias. These people truly want to turn the United States into China. Those groups would include Black Lives Matter, which is headed up by avowed communists who brag they are “trained Marxists,” and Antifa, which sells itself as an anti-fascist group, when in fact they are Marxists. Make no mistake that Marxism would be just as disastrous for this country as fascism.

The only problem with Antifa is they can’t really find any Nazis to fight. Sure, there are small groups of neo-Nazis scattered here and there, but they don’t even remotely pose a threat to our liberty and safety. Antifa does. They are the ones relentlessly burning cities that don’t have the backbone to confront them.

I understand people who are concerned about the turmoil in the country, but understand where this comes from. The left is in an all-out meltdown because Trump is actually taking action against them where other Republican presidents were afraid to. China is a classic example. What Trump has done with China needed to happen at least 20 years ago. No president—Republican or Democrat—was willing to take them on. As I’ve written before here in this space, I think Trump’s longterm goal is to bring the CCP to its knees as Reagan did with the Soviets.

Don’t misinterpret unrest for injustice. This was a long time coming.