Taxis are clinging to life like the horse and buggy

Taxis went on strike in Spain in an effort to coax the government into regulating ride-hailing services like Uber. In Madrid, they clogged a main thoroughfare several miles long by forming long lines in all three lanes and stopping traffic. Yeah, that’s the way to win the public over.

At the heart of the argument I get it. They say their industry is heavily regulated. In places like New York City you have to buy an expensive taxi medallion, essentially a permit to operate a cab, although that cost has come down dramatically because of Uber and Lyft. That’s part of the outcry. Taxi medallions in New York were going for $1.3 million in 2013. Yeah, $1.3 million. Can you imagine? Now those medallions go for less than $200,000. And that’s probably overpriced. 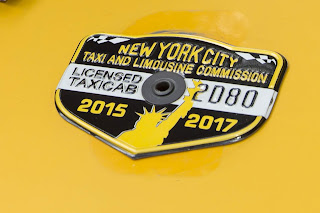 This is a government-imposed problem. The medallion system in New York was created in 1937. The government didn’t sell any new medallions until 1996 when it auctioned off a little over 2,000. Right now there are roughly 14,000 medallions. Compare that to 63,000 ride-share vehicles. You see why the taxi operators are upset.

What all this demonstrates is not that Uber and Lyft aren’t regulated enough. It’s that the taxi industry has been regulated too much. Apparently you don’t need a medallion and an uncomfortable car to take someone from JFK to Midtown Manhattan. You can actually use your own car. This is the ultimate free market economy.

The taxi industry created its own demise. I have to travel to New York City every once in a while as a talk show host with Westwood One. I can tell you nightmares about waiting in lines at taxi stands at LaGuardia. I can remember coming out of Penn Station on a sleet-soaked day that was turning to rain only to behold a line at the cab stand a block long.

Here’s the basic problem with a cab. A) You don’t know how long you’ll have to wait before you find one, and B) You have no idea how much it’s going to cost once you sit down in one. Ride-share services solve both problems. On your app you hail a car. You can see exactly where it is along with a timer telling you the approximate time of arrival. Even before you step foot in the car you know exactly how much it’s going to cost and you don’t have to fumble for cash or a credit card. It’s all automatic. And you don’t have to tip. They’ve started sending you a notice after the ride asking you to rate the driver. If you rate them high they’ll ask if you want to tip, but there’s no angry driver screaming at you in a language you don’t understand as he drives away because he thinks you’re a cheapskate.

There simply is no downside to ride-share services. If you’re worried about inexperienced drivers or accidents, how many times have you said a prayer in the back of a cab? I feel completely comfortable in the back of an Uber.

The genius is something I call self-monetization. If you want to know where everything is going it’s moving towards self-monetization. Look at Airbnb. Your spare bedroom is now a hotel. There are people who rent their spare cars out. I could rent out a plot for locals in the neighborhood to grow a garden. Amazon is now hiring people to throw packages in their backseats and make same-day deliveries.

The taxi is old twentieth century technology. The world has moved on.