The release of the heavily redacted FBI application for a FISA warrant to wiretap Carter Page, a former Trump foreign policy advisor, fell with a thud in the mainstream media. For one, it was released on a Saturday when the fewest number of eyeballs were watching. The normally sensationalized headlines that greet news of the Russian investigation were absent. 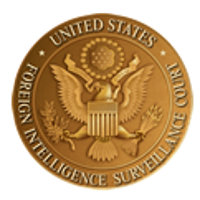 Some, like New York magazine, even went so far as to say the FISA app debunked Trump’s ‘witch hunt’ claims. The truth is, as Byron York from the Washington Examiner so artfully laid out, the FISA app to spy on Carter Page vindicates Devin Nunes’s contention that there was serious misconduct on behalf of the FBI.


Here’s pretty much the problem in a nutshell. The FISA warrant against Page relied heavily on the now-debunked Steele Dossier. James Comey, as director of the FBI, signed off on the application three times before he was booted from his job. Running concurrently with those application renewals was his telling President-elect Trump in early January of 2017 that the Steele Dossier was “salacious and unverified.” The mainstream media run interference on this point claiming Comey wasn’t talking about the entire dossier, just the parts that were “personally sensitive” to the incoming president. You be the juWhat dge. This is the full sentence in context of what Comey said under oath when recounting his meeting with Trump.

“The IC (Intelligence Community) leadership thought it important, for a variety of reasons, to alert the incoming president to the existence of this material even though it was salacious and unverified.”

Let’s assume for the moment that the Democrats and their willing accomplices in the media are right. If portions of intelligence you’re receiving on something as serious as a political candidate colluding with a foreign power to rig an election are unverified how can you believe anything else in the document? In other words, what constitutes verified? Well, as we now know nothing in the Steele Dossier has been verified. If that’s the case now it was certainly the case when they filed the application. That would indicate that there was a concerted effort to mislead the court in order to allow them to literally tap into the Trump campaign surreptitiously.

The main point that’s being ignored by everyone is in spite of a FISA warrant and at least five or six renewals at 90-day intervals they found nothing on Carter Page. What they did find is Russian intelligence tried to recruit him as an agent and he didn’t take the bait. More importantly, they found nothing on Trump and any kind of collusion. Surely we’d know by now. Those wiretaps started almost two years ago in October of 2016. Carter Page stepped down as an advisor in September of 2016. He wasn’t even with the Trump campaign when he was being wiretapped.

Don’t forget it was Peter Strzok who was tasked with heading up the investigation into Trump-Russia collusion. He was involved with the Steele Dossier. When asked to join the Mueller investigation he sent a text to his lover, Lisa Page, telling her there’s “no big there there.” Then why did he join the investigation? The answer is obvious. It was all about getting Trump.

Keep this in mind too. Lisa Page gave two days of closed-door testimony to Congress. The only people talking to the press about that testimony were the Republicans who called it “enlightening” and “very useful.” We haven’t heard a word from the Democrats on that committee. That is the story to watch in the coming weeks.


Posted by Phil Valentine Show at 6:51 AM