I must confess I’m becoming quite confused. We’ve got girls wanting to play on boys sports teams. We’ve got guys who aren’t really girls but who identify as girls wanting to play on girls teams. We’ve got upset girls who now have guys who identify as girls but are still equipped as guys getting naked in the girls’ locker room. How I long for the days when girls were girls and boys were boys. I’m afraid we’re way past that now.

A doctor in New York State was let go by the school board after he wouldn’t clear a 12-year-old girl to wrestle on the boys’ wrestling team. He cited New York law allowing him to make that judgement based on the girl’s safety. Safety be damned. We have a society to upend here. 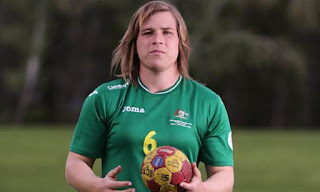 That’s basically the motivation behind all of this. We have boys teams and girls teams for a reason. The reason is girls and boys are different. I know this may get me banned from cocktail parties in San Francisco, but males tend to be physically stronger than women. Smart women understand this. They don’t want men competing in women’s sports. That’s going to be the final frontier. Once that happens women’s sports as we know it will cease to exist.

It’s already well on its way with so-called transgenders competing as women. What’s a transgender? Well, that’s the problem. It can be anyone from a man who’s had a sex-change operation to some guy who enjoys wearing dresses. A case can be made for the former to compete alongside women. Allowing the latter to compete is inexcusable.

There was a case recently where girls were in tears after the school approved some dude who ‘identifies’ as a girl to use the girls’ locker room. This guy’s cavorting about stark naked in front of girls and dares anyone to challenge him. The crazy people running the school sided with him. I don’t have daughters, but I can imagine I’d be fit to be tied if this were happening to my girl.

This is happening all over the world. Guys who identify as women are invading women’s sports and mopping up. Again, this is why we have men’s and women’s sports. It’s like allowing professional basketball players to play on a high school team. Pretty soon there would be nobody who goes to that high school making the team. Sort of defeats the purpose, doesn’t it?

But there’s a new purpose. That’s what I still can’t quite get my mind around. Is it to totally destroy women’s sports? Because that’s what it’s going to do.

Venus and Serena Williams once boasted they could beat any man in tennis. Some guy ranked 203rd in the world took the challenge and beat both of them back to back. This battle of the sexes in tennis has been played out dating back to 1888. In every match but one the man was victorious. The only victory for a woman was Billie Jean King over Bobby Riggs and that’s the one everybody’s heard of. They’ve never heard of the other nearly dozen battles. In fact, the same year Bobby Riggs lost to Billie Jean King he beat Margaret Court who was ranked number one in the world. Nobody remembers it.

What’s my point? My point is the Riggs-King match notwithstanding, you turn men loose in women’s sports and they’ll destroy them. You want to see LeBron James in the WNBA? Me either. Nor do the women in the WNBA. Let’s stop this before we ruin women’s sports.