I’ll have to say that the impeachment hearings have proven to be quite elucidating. One pattern is becoming crystal clear. There is a deep-seated problem with government bureaucrats who think they, rather than the president, set foreign policy. Each witness called before Adam Schiff’s committee has expressed concern about, in the words of Lt. Col. Alexander Vindman, “outside influencers” promoting a “false narrative” about Ukraine that, in Vindman’s mind, was “inconsistent with consensus views of the interagency.” 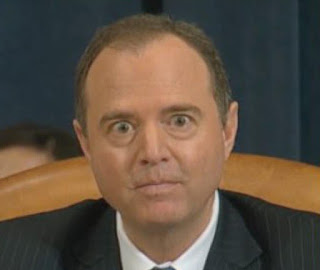 Let’s analyze that for a second. The “outside influencers” Vindman was referring to are Trump’s personal attorney, Rudy Giuliani, and the ambassador to the European Union, Gordon Sondland. Think about that for a moment. These are two of President Trump’s hand-picked people and Vindman calls them “outside influencers.” That’s because he believes he and other government bureaucrats dictate America’s foreign policy. When pressed by a Republican congressman on whether he tried to discourage Ukrainian officials from cooperating in Trump’s requested corruption investigation he answered, “The president of the United States has the authority to do this, I guess. I don’t know.” You guess? You don’t know? Who else would have the authority to do that? Vindman added, “I didn’t think it was right.”

Vindman was born in Ukraine and speaks the language fluently. He’s also rabidly anti-Russian. He’s upset because he’s the self-described “authority for Ukraine” at the White House and Trump’s not listening to him. That doesn’t mean he sets the policy. Those who work with him say he has a bad habit of going outside the chain of command when he doesn’t get his way.

But Vindman is not alone. Other career government bureaucrats like Acting Ambassador to Ukraine Bill Taylor somehow believe that anything that runs counter to their views on foreign policy somehow constitutes a crime. Taylor’s aide, David Holmes, overheard a conversation between Trump and Sondland where Trump was asking about the progress on the “investigation.” This is seen by impeachment nuts as some sort of evidence of wrongdoing. President Trump had just discussed the “investigation” the prior day with the president of Ukraine. Following up with Sondland the next day is neither unusual nor criminal. However, it does cut against the grain of “consensus views” of the foreign policy bureaucrats, but so does slapping tariffs on China. We heard ad nauseam about how that was going to lead to a global depression.

President Trump is overturning the tables of the business-as-usual bureaucrats, and they don’t like it. Just as we’re liable to see when the Department of Justice completes its investigation into how the whole Trump/Russia collusion hoax got started, there are lots of bureaucrats who have gone to extremes to protect the status quo. When government is on auto-pilot no matter who occupies the White House we have serious problems.

This same establishment thinks it’s unseemly to investigate a questionable deal between a VP’s son and a corrupt Ukrainian oil company. I suspect it’s because that corruption is just the tip of the iceberg.