Ever wondered why the Democrats were so quick to move to impeach the president over a telephone call? I mean with all the things they’ve threatened impeachment over it ends up being a simple phone call to the Ukrainian president? It was completely out of the blue over the course of one weekend and boom! Suddenly we were in the middle of an impeachment inquiry. Don’t worry. By the end of this column everything will make perfect sense.

President Trump’s phone call to the Ukrainian president sent shivers down the spines of certain Democrats. It should have indicated to the rest of us that Trump and his people were over the target. 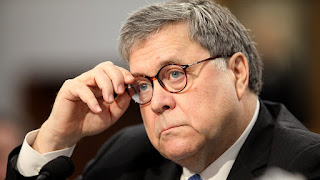 This whole thing begins and ends with a man named Joseph Mifsud. Professor Mifsud split his teaching time between London and Rome. He was the one who allegedly told George Papadopoulos, a Trump advisor, that the Russians had Hillary’s e-mails and had found dirt on her. Papadopoulos ended up telling that to Alexander Downer, an Australian diplomat. Downer, in turn, told the FBI and thus began the whole Trump/Russia collusion investigation.

Ever since Bill Barr became attorney general he’s been trying to untangle the complicated web that was weaved in the Trump/Russia collusion scandal. As Mueller’s report found, there was no collusion. Then how does such a conspiracy take root and consume the front pages for better than two years?

Professor Mifsud has maintained that he was not an intelligence asset and that he never discussed dirt on Hillary with Papadopoulos. Whatever his story, he went missing from the university at which he teaches in Rome and sometime later turned up at the doorstep of Italian intelligence claiming his life was in danger and requested police protection. He gave a taped deposition explaining why he thought his life was in danger. The Department of Justice was alerted and Bill Barr was on his way to Rome within two days along with U.S. Attorney John Durham.

Once at the American embassy in Rome, Barr insisted on a secure room where he could meet with high-level Italian intelligence agents and listen to Mifsud’s tape. Soon after returning from Rome, the inquiry into the origins of the Trump/Russia collusion story was upped to a criminal investigation.

Once the Democrats had impeachment lodged in the American psyche they immediately moved to destroy Barr’s reputation by claiming he’d “gone rogue.” And now that Barr has kicked his investigation into high gear the Democrats suddenly call for an impeachment inquiry vote? You tell me which one is the conspiracy and which one’s the theory.