I don't care about diversity

When it comes to dealing with a business, I couldn’t care less about diversity. That may sound like heresy in this day and age of political correctness, but diversity is the enemy of excellence. There was a story recently where Air Canada is going to stop announcing ‘ladies and gentlemen’ on their flights in recognition of ‘gender fluidity.’ News flash: Gender is not fluid. You’re either a man or a woman. Sure there are some men who want to be women and vice versa, but wishing doesn’t make it so. Nor does my identifying as the King of England make it so. 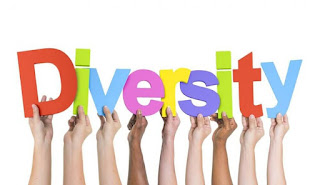 While Air Canada brags on their website that they’ve been named one of Canada’s Best Diversity Employers, they’ve also been named the worst airline in North America for flight delays. You see, referring to people as ze, zir, or zem ain’t getting them to their destinations on time. Diversity is killing customer service.


Does that mean I want everybody I deal with to be white? No, just the opposite. I don’t care who I’m dealing with as long as they’re great at what they do. Diversity for diversity’s sake forsakes everything else. What these companies who put diversity first end up doing is attracting people with chips on their shoulders because society won’t accept them for this or that or the other. When I’m trying to book a flight I don’t give a rat’s rump about your personal problems. Sorry. All I care about is getting to where I’m going to on time and in reasonable comfort.

To show you how ridiculous this diversity thing has gotten, Asians apparently aren’t diverse enough anymore. Harvard has been blocking the number of Asians it accepts because, well, they’re too darn qualified. They’re taking up spaces black or Hispanic people could occupy. The Asians took Harvard to court for discrimination and they lost! Yes, they lost. The judge wrote in her ruling, “Ensuring diversity at Harvard relies, in part, on race conscious admissions.”

See there. It’s all about ensuring diversity at Harvard. It’s not in the least about excellence or who’s most qualified, or any of the things that used to matter in a great country. All that matters is a school or business ‘looks like America.’

Let me ask you something. Does the NBA ‘look like America?’ Of course not. You know what the NBA, the NFL, NHL and MLB are all about? Excellence. You think a sports fan cares about anything else aside from winning? Sports are the last frontier of excellence in America. It’s all about being the best, regardless of race or gender or perceived gender.

Georgetown University, riddled with guilt over the Jesuit priests who sold 272 slaves in 1838 to keep the school afloat, announced affirmative action for descendants of those slaves. The interesting part is they don’t get automatic admission. They get the same advantage as ‘legacy students.’ These are students whose family members went to Georgetown. Yeah, universities across the country do this, and it hasn’t occurred to even one liberal diversity do-gooder how patently unfair that is.

So legacy leg-ups stay and they’re adding an advantage if you’re a dude who wants to be a woman. Where is excellence in all of this? It’s not there, and it will be the downfall of this country if we’re not careful. It’s time we got back to being better rather than being different.