Where does #MeToo go after Kavanaugh?

I’m sitting here wondering how all of the pink hat ladies can reconcile the fact that they so opposed Justice Kavanaugh because of some unsubstantiated claim of sexual assault yet they turned out in droves to support Hillary Clinton who has a long history of covering up for an alleged predator. It does really make one question the sincerity of the movement. And to see Hillary herself in interviews day after day saying we have to believe the women. Not one interviewer confronted her with the ugly truth that she was in charge of “bimbo eruptions” while her husband was running for president and after he won. 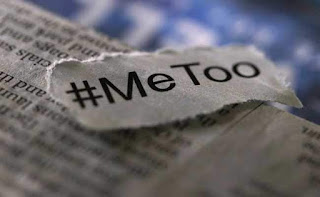 The Democrats aren’t through with Brett Kavanaugh. They vow to impeach him if they take control of Congress. All the more reason that these people shouldn’t be anywhere near the keys of power. Someone needs to remind them that you can only be impeached for conduct while you’re in office. That goes for justices and presidents. In other words, they can’t reach back in the histories of Kavanaugh and Trump and remove them from office. Chances are if they ignore their own inconsistencies on sexual assault they’ll ignore the Constitution too.

I was told of a conversation with a drunk millennial recently. The night after Kavanaugh’s confirmation he insisted “the bastard is guilty.” When pressed on what he was guilty of he eventually had to confess that he hadn’t followed the story and didn’t really know what he was accused of. But whatever it was, he was guilty.

Both sides engage in this type of judgement against the other all too often. We all have our preconceived notions and we all make our assumptions. However, when it comes to something like sexual assault it is totally irresponsible to assume guilt. Should we #BelieveSurvivors? If they’re really survivors of sexual assault, sure. That’s the problem. We have no idea how many of these unsubstantiated claims are made up. We have no idea how many of these women screaming at senators claiming they’re “survivors” have actually survived anything. That’s not to diminish the horror that victims of sexual assault have gone through. Quite the contrary. Those who have been proven to be victims deserve our deepest sympathy and their attackers deserve our fiercest rage. But just claiming someone did something is not—and should not be—good enough for victim status.

If there’s one thing we’ve learned from the whole Kavanaugh circus it’s that there’s now a new standard when it comes to sexual assault. If you’re accusing a conservative, you’re automatically believed. If you’re accusing a liberal, then the burden of proof is on you. We saw this with Bill Clinton. We saw this in the midst of the Kavanaugh hearings with Rep. Keith Ellison. Here’s a guy with far more evidence against him than Kavanaugh, yet a lawyer from a law firm that gave $500,000 to Democrats says she could find no evidence against him.

The left tried to tell us that normal standards of proof didn’t apply to Brett Kavanaugh because this wasn’t a trial, it was a job interview. OK, let’s go with that. So you’re saying that anybody who applies for a job can be immediately disqualified if someone just accuses him of something?


When this #MeToo movement first started I joked with a female conservative activist friend of mine on the air about this being a conspiracy to silence men. She laughed. She’s not laughing any more. Make no mistake about it, this is a war against men. Specifically white men. No one should be silenced through false allegations.
Phil Valentine is the host of the award-winning, nationally syndicated talk radio show, The Phil Valentine Show.

Posted by Phil Valentine Show at 6:26 AM