The midterm elections are just around the corner. A lot is riding on November 6. The Republicans are hoping to strengthen the Trump agenda. By the Democrats’ own admission, this may be their last gasp at power. Why? Because the prosperity under President Trump is undeniable. That’s evident by the ads being run by Democrat candidates. They don’t put forth any bold ideas. They’re running on fear. Historically, that hasn’t been a wise bet. 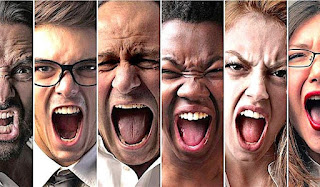 We are living in a time of nearly unparalleled prosperity. Unemployment is at a 50-year low. Black and Hispanic unemployment are at historic lows. Unemployment for women hasn’t been this low in 65 years. The tax cuts mean more jobs, more money in the pockets of taxpayers, and an economy that’s on fire. If the Democrats aren’t able to take back the House or the Senate or both and slow down Trump’s agenda there’s no telling how good the economy will be next year. If the economy remains on fire into 2020 it’s doubtful the American people are going to be pushing for change in the White House.


The Democrats need to turn 23 seats in the House to take control of Congress. That’s a hernia-inducing lift by anybody’s calculation. The so-called pundits have picked ten bellwether seats that could portend the results of the election in November. One of them is the eighth congressional district in Minnesota. This is a union-heavy district that has gone to the Democrats all but two years since World War II. At the end of September the Democrat, Joe Radinovich, was leading by one point. In the latest poll conducted by the New York Times, the Republican, Pete Stauber, is up by 16 points! It’s funny, the so-called experts are no longer calling this a bellwether district.

I understand that MN-8 is just one congressional district, but does it give us a peek into November? That question is easier answered by understanding what’s happened in that district since the end of September. Two things: Kavanaugh and tariffs. These were two issues the Democrats were sure they could win with. The Kavanaugh plan was to ambush him with spurious accusations on the eve of the confirmation vote. We all saw how that played out. The Democrats unwittingly handed the Republicans a club with which to beat them about the head and shoulders.

Tariffs were supposed to be the other easy mark for the Democrats. After all, the Republicans are so big on free trade yet they advocate punishing our trading partners with a tax on American consumers. That was supposed to be the narrative. Then came the soybean issue. The Democrats were certain Trump had stepped in it, and the Republicans right behind him, when the EU slapped a tariff on soybeans in retaliation for Trump’s steel and aluminum tariffs. The Dems put all their soybeans in one basket and Trump kicked it over. After a general freak-out over soybeans and the European Union, Trump threatened to tariff cars coming from the EU. One can only imagine that Germany, which leads the EU in automobile exports, screamed at the European Commission to do something. Commission President Jean-Claude Juncker was on the first flight to Washington and the next morning was standing beside President Trump in the Rose Garden to announce an agreement to work toward zero tariffs on soybeans.

Voters in districts like MN-8 are loving it. The Dems have underestimated Trump just like they did in 2016. If MN-8 is typical, November 6 could be rough day for the Democrats.

Posted by Phil Valentine Show at 7:12 AM