#MeToo is now officially out of control

Let me preface this piece by stating the obvious. Inappropriate touching by a man or a woman is certainly wrong. Rape is a crime and should be treated as such. Now with what’s bugging me. This #MeToo thing has gotten completely out of control.

Morgan Freeman is the latest victim of this movement. And, yes, I said victim. Let me explain how this whole Morgan Freeman thing started. Chloe Melas is a reporter for CNN. She interviewed Morgan Freeman, Michael Caine, and Alan Arkin for their movie, “Going in Style.” Melas was pregnant at the time. Apparently she explained to the men that she was pregnant and Caine told a story of how he had been cured of saying anything about a woman’s pregnancy. He said he asked a woman many years ago how far along she was and she said she wasn’t pregnant. He was so embarrassed and that cured him of ever asking again. At that point Freeman said, “Boy, I wish I was there.” It was an obvious response to Caine’s story. Melas somehow took it as a sexual comment directed at her! 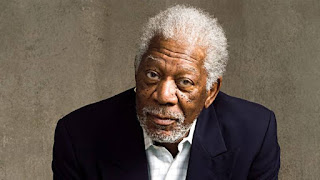 After she got back from maternity leave she was on a mission. She tried to find others who had been sexually harassed by Freeman. Here’s what she dug up. A production assistant on “Going in Style” said Freeman made comments about her figure and her clothing and touched her…wait for it…back.


She did have the only legitimate complaint of inappropriate behavior against Freeman. She told CNN he “kept trying to lift up my skirt and asking if I was wearing underwear.” That, I will admit, is over the line. But should you lose your Visa gig because of it? Those are the only details we got from CNN. The allegations from six or seven other women were only reported as “public comments about women’s clothing or bodies.” Hardly the type of behavior that gets you banished from the advertising world.

The problem is Morgan Freeman apologized. That’s a mistake too many men these days are making. Now, Freeman didn’t admit guilt. He said he was sorry if anyone misinterpreted his comments. Still, an apology to the #MeToo movement is a scalp. They come back later for the whole head.

Remember when Carrie Fisher died? Remember Steve Martin’s tweet? He wrote, “When I was a young man, Carrie Fisher was the most beautiful creature I had ever seen. She turned out to be witty and bright as well.” The Twitter world came unglued. The outrage was so fierce that he deleted the tweet. So much for saying something kind.

Granted, the Morgan Freeman flap is a little more than a tweet, but it basically amounts to a guy hitting on women. The irony is this turns the notion that these women are as tough as men on its head. Now, don’t get touchy. I’m not talking about all women. I’m talking about these women who now accuse Freeman of sexual harassment. They are so hypersensitive that they can’t properly function in the real world much less be as “tough as the men.” In other words, they purport to be strong women but they’re proving to be anything but.

I suspect this all has something to do with Morgan Freeman’s strong stand on race. He’s on record as thinking Black History Month is stupid and saying the best way to stop racism is to stop talking about it. To the liberals out there that position cannot be taken without consequence. The #MeToo movement has been weaponized, and Morgan Freeman is the movement’s latest kill.