You want to know how out of touch the Democrat Party is? Let me first give you some background. In a recent Rasmussen poll 72 percent believe parents should be required to prove they are legal residents when registering their kids for school. Eighty-one percent oppose granting in-state tuition to illegal aliens. Sixty-six percent believe gaining control of the border is more important than amnesty for illegals. Yet there he was. Keith Ellison, the deputy chairman of the Democratic National Committee, on May Day in Minnesota sporting an ‘I don’t believe in borders’ t-shirt. 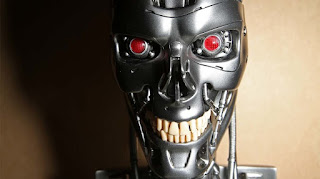 By the way, May Day is an anti-capitalist socialist/communist celebration. It was a very important holiday in the old Soviet Union. It’s also a mandatory holiday in communist China, and prior to 2008 lasted for three days. The socialists love to try and mask it as “pro-labor” but its celebration by communists all over the world tells the true story.

The socialists/communists have always plowed in the fertile field of labor. This is where it’s easiest to sow discontent. And that’s not to say that much of that discontent hasn’t been legitimate. However, socialism/communism was never the answer. The Democrats have a long history of peddling in fear. Fear of Big Business. Fear of global warming. Fear that the mean ole Republicans are going to take away your Social Security. Fear that Trump is going to pull the safety net out from under you.

Do you remember what Nancy Pelosi said was going to happen if Congress passed Trump’s tax cuts? Armageddon. It was going to be the end of the world as we know it. Just a few months after its passage we see unemployment at an 18-year low. Black and Hispanic unemployment are at historic lows. Confidence in the housing market is at an all-time high. Companies are moving back to the United States and pouring billions into the economy. Workers are getting raises and bonuses.

So, what’s the next big fear from the left? Robots.

I’m not kidding. The left is trying to sell this story to the millennials that they won’t have any jobs because of robots. Therefore they have to support the universal basic income. A piece from futurism.com provides a list of at-risk jobs because of robots. For instance, they claim 99 percent of insurance underwriter jobs are at risk. They say 88 percent of construction jobs and 79 percent of truck driver jobs could be replaced by robots. The solution, of course, is a universal basic income.

They admit it will cost upwards of $3.2 trillion annually, but they have a plan to pay for it all. Carbon taxes, higher income taxes, a VAT (value-added tax or national sales tax), more taxing on earnings from investments, and decreased military spending.

They also highlight the story of Harper Lee being given an envelope in 1956 with a year’s salary in it. She was told she had a year to write anything she wanted. She, of course, wrote To Kill a Mockingbird which went on to sell 30 million copies worldwide. They act as though the only way to write a bestseller is through socialism. Harper Lee is the exception, not the rule. Most successful novelists succeed through hard work and not hand-outs. The same for successful people in general.

We have had robots for decades and they’ve always made our lives better. The Democrats are counting on mind-numbed robots to follow them over the socialist cliff. Hopefully the recent prosperity has opened their eyes.