May Day, May Day! Communism is dying!

Well, we made it through another May Day. This one was particularly boisterous because Donald Trump is president. We heard from the usual assortment of misfits and communists, and the usual violence accompanied the marches across the globe. What was especially evident this year is the May Day movement has never been so irrelevant. 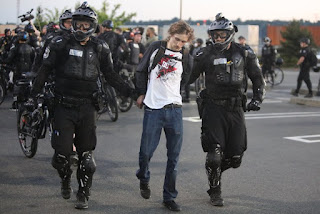 A quick primer. May Day started off as a pagan holiday once upon a time in ancient Rome. With the Christianization of Europe, May Day morphed into a celebration of the Virgin Mary. In England, it’s a Celtic tradition and many places still crown the May Queen.

Then in the late 19th century the commies came along and hijacked the day. They turned it into International Workers’ Day. The Soviets took May Day to a whole new level with huge military parades in Red Square. It’s also a big day in communist China, North Korea, and Cuba.

Castro is dead. His brother is stepping down from power early next year. Word is Cuba may transition into something resembling a republic. Kim Jong-un is flailing about desperately trying to rally his people behind him by making the United States the focus of all evil. His days are numbered, and he may be pushed over the edge, ironically, by China. Donald Trump has forged an amazing friendship with China’s President Xi. Something like 90 percent of NoKo’s economic support comes from China. Could it be that China is poised to make a dramatic lurch toward freedom?

I remember when Ronald Reagan was derided for saying he was going to relegate the Soviet Union to the ash bin of history. But relegate, he did. Almost overnight the Soviet Union crumbled. All the naysayers who screamed that he was going to start World War III quickly pivoted to give Mikhail Gorbachev the credit. The truth, of course, is Ronald Reagan drove them to bankruptcy.

The Chinese are not stupid. They understand history. They also surely understand that communism is unsustainable. Propping up Kim Jong-un is simply delaying the inevitable. They can no longer count on indifference and appeasement from the United States. Had the Democrats remained in power then communism would have had unwitting accomplices in the furtherance of communism. Useful idiots, as Vladimir Lenin purportedly called non-communists who did his bidding, although the attribution cannot be confirmed. Ours were useful idiots without the useful part.

Then the Neville Chamberlain Society was suddenly thrown from power. Trump ushered in tough talk against communist nations that would make Reagan blush. Capitalism has never had a better friend, communism never a more dangerous foe. Communist nations survive through brute strength and absolute power. That strength needs nourishment. Trump is persuading China to starve the North Korean beast. Cuba is running on fumes. Not to mention Venezuela.

Dropping 59 Tomahawk missiles on Syria while dining with President Xi was a calculated move by President Trump. This guy has negotiated with some of the most ruthless mobsters in the country. You don’t build in Atlantic City and Vegas without dealing with the mob. Trump knows a thing or two about intimidation.

China saw President Obama as a doormat. They see Trump as the door. A very strong locked door. They know they’re not walking through unless he opens it. And Trump isn’t going to open it unless there’s serious change.

Don’t forget how quickly the Soviet Union fell, all the while the left cowered in a corner. Sound familiar? This past May Day may be looked back on by history as one of the last gasps of communism on planet Earth.