Global warming is so yesterday

Earth Day came and went and with the predictable hysteria over global warming. Like the Dakota Pipeline protestors, they left behind their mounds of trash. At the Dakota Pipeline protest, the U.S. Army Corp of Engineers spent over a million dollars hauling off 835 dumpsters full of trash. Protestors set fire to their campsite burning trash, plastic, even tires, spewing black smoke into the air. Oddly enough, a dozen dogs were abandoned and had to be rescued by a local shelter. 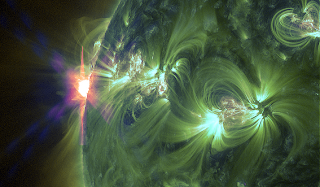 Meanwhile, back in the real world, the evidence is piling up like trash at a global warming protest. CO2 is not a pollutant.

A new study published by some level-headed scientists who actually spend their careers looking for the truth vindicates the dreaded greenhouse gas, carbon dioxide. This study found that the EPA’s “CO2 Endangerment Finding” is, in their words, “totally false.” They analyzed the 14 different temperature data sets and found no manmade global warming at all. Furthermore, they found “that there is no published, peer-reviewed, statistically valid proof that past increases in atmospheric CO2 concentrations have caused the officially reported rising.” Any warming at all, which has been minimal, is attributed to volcanic, oceanic, and solar activity. In fact, according to the Congressional Office of Technology Assessment, 96 percent of CO2 emissions worldwide are natural. Of the remaining 4 percent, China is responsible for half of it, and they show no signs of complying with UN climate change standards. The United States accounts for 1.2 percent.

A new Chinese study is closer to the truth. It’s the sun, stupid! A team of scientists found, according to DailyGalaxy.com, “a robust relationship between solar wind speed and North Atlantic Oscillation.” The NAO can have a tremendous effect on hurricane activity, sea levels, and temperatures in Europe and much of eastern North America.

Satellites show that temperatures have remained steady for much of the last 20 years. This is in direct correlation to solar activity. Scientists are just now starting to understand this complicated relationship, but it certainly makes more sense that the sun is major factor than a trace gas like CO2 which makes up just four-hundredths of one percent of the atmosphere.

Still, pseudo-scientists like “Bill Nye the Science Guy” double down on the tired theory of manmade global warming. He even lied to an Earth Day crowd, telling them funding for science research is mandated by the Constitution. It’s not. And even if it were, there’s nothing that would mandate pouring more good money after bad.

Bill Nye continued to embarrass himself in an episode of “Bill Nye Saves the World.” He enthusiastically introduced a “dance routine” by actress Rachel Bloom called “My Sex Junk” in which she boldly proclaims that her “vagina has its own voice” and that “sexuality’s a spectrum,” we should “just do what feels right.” The painfully awkward Nye cheers her on from behind a turntable looking like a middle-age nerd trying too hard to be hip.

But this is the era of Trump. Suddenly whining about global warming looks as out of style as, well, Bill Nye. With all the so-called consensus (there is no such thing, by the way) it looks like somebody somewhere on their side could come up with a shred of evidence that supports their theory that we’re destroying the planet with CO2. They can’t.


While we waste trillions on global warming, six of the ten most air-polluted cities in the United States are in California. Imagine where we’d be if those trillions were spent on combating real pollution.