Why don't the Dems care who killed Seth Rich?

If you've even heard of the Seth Rich story it’s probably as some wild conspiracy theory. That’s if the mainstream media have covered it at all. You’ve probably heard that Fox News pulled their recent story about him. That much is true, but that doesn’t change the mysterious facts around the case which carry much more weight than any Trump/Russia collusion. 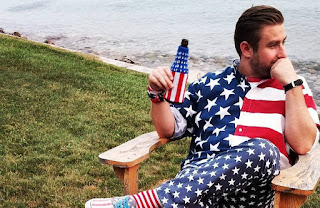 Seth Rich was a DNC computer expert who was murdered in the wee hours of July 10, 2016. Authorities have called it a botched robbery but nothing was taken. Not his wallet, not his money, not his cell phone. Nothing. The family calls it a botched robbery because they say there were signs of a struggle. The curious thing is Rich died from two gunshot wounds to the back. That doesn’t sound like someone who died trying to fend off robbers.

CNN released a piece titled ‘Seth Rich and the myth behind the unsolved murder case,’ yet in the piece they did nothing to dispel the myth other than state the Rich family doesn’t want Seth’s name associated with a conspiracy. But too much evidence points to Rich as being the leaker behind the Wikileaks e-mails.

Rod Wheeler is a former DC homicide detective turned private investigator. He was hired by someone associated with the Rich family to help find the killer. However, when he uncovered that Seth Rich could very well have been the Wikileaks leaker of the DNC e-mails, the family suddenly distanced themselves from him.

Detractors in the mainstream media have spread the lie that Wheeler’s only clue that Rich was the leaker came from a Fox News reporter. The truth is Mr. Wheeler claims to get his information from a federal investigator who told him he’s seen Seth Rich’s computer and case file and he believes Rich is the source of the leaks. Wheeler calls this federal investigator very credible.

A man by the name of Kim Dotcom has sparked new interest in the Seth Rich case by claiming to be the go-between for Seth Rich and Julian Assange, the founder of Wikileaks. Dotcom’s not his real name, obviously, and someone as flamboyant as Dotcom needs to be approached with caution. However, Dotcom isn’t the glue that holds this theory together.

We now know that Seth Rich was a huge Bernie Sanders fan. He tweeted and posted anonymously in rants against the Democrat establishment and corporate monied interests. He certainly had the motivation to expose the corrupt Democrat machine that is now widely known to have fixed the primaries for Hillary. Being a computer expert within the DNC, he also had the opportunity.

What’s more, Julian Assange, who guards his sources very closely, has all but said that Seth Rich was his source for the DNC e-mails. He has offered a $20,000 reward leading to the conviction of Seth Rich’s killer. Now ask yourself what possible interest Julian Assange would have in a low-level DNC staffer unless he had a serious connection to him.

I have friends who are neck-deep in this investigation and they tell me they’re getting huge “brush back.” Rod Wheeler, the private investigator, says Donna Brazile, the former acting DNC chairman, called the police and the Rich family demanding to know why a private investigator was snooping around this story. If this were really some conspiracy theory like space aliens at Area 51 or the chupacabra then why are the Democrats so concerned?

It’s because they know that the Trump/Russia story is a dry well. The conservatives may have stumbled upon a gusher.