I have long told my radio audience that I am a professional dot connector. I don’t take news stories at face value. I look at everything that may be related to see if it being part of the story makes sense. I also look for odd stories that seem out of place that may be connected. 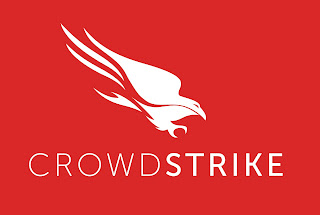 Almost a year ago, a computer expert for the DNC, Seth Rich, was shot in the back and killed in his upscale D.C. neighborhood. The official police story was a botched robbery, but nothing was taken. When the so-called Russian hacking of the DNC was revealed I immediately thought of Seth Rich. His involvement was dismissed as a conspiracy theory. Now we’re starting to see the real picture come into focus.


Rod Wheeler is a former D.C. homicide detective. He’s now a private investigator who has been hired by Seth Rich’s family. According to Fox 5 in Washington, Wheeler says his source inside the police department tells him Seth Rich was in contact with Wikileaks. “That’s confirmed,” he says. He also says his source was told to “stand down on this case” and is not allowed to officially share information.

Is it a coincidence that Seth Rich, a computer expert at the DNC, was in touch with Wikileaks, and then confidential e-mails from the DNC show up on Wikileaks? Is it also a coincidence that the founder of Wikileaks, Julian Assange, offered a handsome reward leading to the conviction of Seth Rich’s killer? How would Assange even know who Seth Rich was? And if he knew, why would he feel compelled to offer a reward for the conviction of his killer?

Consider also this hacked e-mail from John Podesta on February 22, 2015. “I’m definitely for making an example of a suspected leaker whether or not we have any real basis for it,” he wrote. Am I accusing Podesta of putting a hit on Seth Rich? No. My point is Podesta acknowledged a full year before the DNC hacking scandal broke that they had a leak. A leak and a hack are two different things. One is internal, the other external.

The Russian hacking has never made any sense. The supposedly most sophisticated hackers in the world, the Russians, could only break into one e-mail account? That was the account of DNC chairman Debbie Wasserman Schultz. The Podesta e-mail account was not a DNC account. It was a Gmail account.

And speaking of Schultz, there’s the case of Imran Awan. He was the IT guy for dozens of Democrats on the Hill, including Schultz. He’s currently under investigation by the Capitol Police for stealing data from the congressional servers. We know from another Wikileaks e-mail that he had the username and password to Schultz’s DNC e-mail account. Awan was a convicted criminal even before he went to work for the Democrats. He was also in debt up to his eyeballs. He had the motivation and he had the opportunity. The only dot left to be connected is between Awan and Seth Rich.

And did you know that the FBI has never examined the DNC servers to see who hacked them? They took the word of CrowdStrike, a cybersecurity firm hired by the DNC. CrowdStrike has had to walk back some of their claims of Russian hacking. Its co-founder and its president now refuse invitations by the House Intelligence Committee to testify about the Russian hacking.

The dishonest mainstream media continue to ignore the obvious dots in order to push their fake Trump/Russia storyline.

Posted by Phil Valentine Show at 7:18 AM