It can be damaging to your reputation these days to even consider that there was election fraud in the November 3 election. News networks cast you as a tin-foil hat conspiracy theorist. So, it’s with that risk in mind that I inform you, without reservation, that there definitely was voter fraud in this most recent election. The only thing left to determine is if it was enough to overturn the official results. It appears that it is. 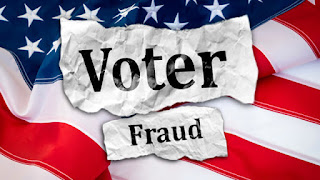 Consider Georgia, where everyone from the governor on down insists that they counted every vote three times. That sounds great, unless you consider that over 10,000 of those votes were cast by dead people. According to President Trump’s legal team, over 66,000 were cast by voters who were under the age of 18 on Election Day, the legal voting age. That’s not counting all the felons and out-of-state voters, which number in the tens of thousands. The officials in Georgia don’t seem the least bit interested in exploring Team Trump’s contention that illegal votes were cast. They just keep repeating that they counted every vote—thrice. Recounting a flawed vote count will only give you the same flawed result.

Then there’s Pennsylvania. A state law—Act 77—did away with the need for listing an excuse to receive an absentee ballot. The only problem is the Pennsylvania state constitution specifically lays out the excuses one must make to vote absentee. A law cannot circumvent the state constitution. Only a constitutional amendment can do that. Didn’t seem to matter to the U.S. Supreme Court. They refused to hear the lawsuit. Apparently they were swayed by state officials who argued throwing out illegal ballots would “sow chaos” across the country. The court’s duty is not to weigh the threat of chaos. It’s to follow the constitution. They failed.

Several other states, including Michigan and Wisconsin have similar problems. So much so that the state of Texas took the extraordinary step of suing four states because changes they made in how ballots are cast. This whole mess needs to end up in the U.S. Supreme Court. The question is whether they’ll have the courage to take it on. SCOTUS involving itself in a presidential election is not without precedent. They did so in Gore v. Bush in 2000. They essentially told the Florida state supreme court that they couldn’t allow Democrat counties to keep counting ballots until Gore won. For some reason they’re hesitant to involve themselves in this one.

Is the Swamp so deep in DC that justice is no longer attainable? It appears so. Again, I have no idea if there’s enough voter fraud to overturn the official results. Neither does anyone else. That’s why our system should be diligently trying to get at the truth. It doesn’t appear that it is. It appears that the establishment is protecting the establishment.

Can you imagine the outrage if 66,000 underage votes were cast in Georgia and the state went for Trump? Would there be calls from the mainstream media to investigate? You bet. It shouldn’t matter who benefited from voter fraud. The fact that it exists should trouble us all, no matter your party affiliation. This goes to the very foundation of our republic. And we’re a republic, by the way, and not a democracy. Democracy is essentially mob rule, and our founding fathers were more afraid of that than any other form of government. They knew that mob rule would cater to the whims of violent mobs.

I say we’re not a democracy. Maybe we’re closer than I thought.

Posted by Phil Valentine Show at 9:49 AM