The enabling of tyrants

You’ve seen it all over the country. Governors shut down businesses and force their citizens to shelter at home while they’re out maskless at fine restaurants or wine bars. It’s the ultimate in do as I say, not as I do. So, why aren’t the citizens of these states as outraged as they should be? Because the federal government keeps bailing out tyrants. 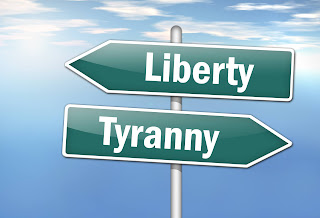 We’re staring down the barrel of a $28 trillion debt. I don’t care what you think of this COVID crisis and who should pay, that is totally unsustainable. Everybody looks to Washington for a solution when Washington isn’t the problem. At least not this time.

Yes, at the beginning of this pandemic you had the federal government grounding airlines and urging states to shutter businesses. The feds paid for it with stimulus checks and oversized unemployment benefits. I said from Day One we were giving people an incentive not to work, but when has Congress ever listened to common sense?

Now Congress is doing it again, only this time it’s not the federal government’s fault. It’s the fault of cities and states who haven’t figured out that what they’ve been doing just isn’t working.

I remember when Governor Cuomo quipped that 90 percent of the people who were showing up at the ER with COVID were people who were sheltering at home. What did he do? He doubled down on sheltering at home. The problem was people weren’t going outside and were becoming vitamin D deficient. Studies have shown that 80 percent of the people hospitalized with COVID are vitamin D deficient. Have you heard Drs. Fauci or Birx urge you to get your vitamin D level checked? No. They just continue to scream at you to wear a mask.

No matter what the so-called experts tell you, masks simply don’t work. They actually give you a false sense of security. People believe they're bullet-proof from COVID if they just wear a mask, so they get too close to people with COVID for too long and they come down with it themselves.

Understand one thing. There are only two things that will protect you from COVID: time and distance. If you stay away from people and limit the time you are in contact with people to five minutes or less you greatly reduce your risk of contracting this virus.

But local and state governments, much like Cuomo back in June, still don’t get it. They close or greatly curtail restaurants. In Nashville there are over 5,000 restaurants. There has not been a single COVID outbreak at any of them. Isn’t that amazing? Don’t trust me. Check with the Metro Health Department. They release, periodically, the places where COVID is spreading. Not one restaurant is listed. There are several bars. That makes sense. You’re closer than six feet for more than 15 minutes. Where are you ever closer than six feet for over 15 minutes at a restaurant, except with the people you came with? Exactly. It’s just common sense.

In order to get control of this latest wave, cities and states are doing the same insane things they were doing before. And they’re bankrupting their citizens. If they’re too stupid to figure it out that’s between them and their own citizens. The rest of us shouldn’t pay for the continued stupidity.

You don’t have to close anything. You don’t have to put people out of work. Just keep your distance and watch your time spent around anyone. Imagine how many lives and how much money could’ve been saved if we just used some common sense.

Posted by Phil Valentine Show at 5:24 AM