The vaccine for COVID rolled out way ahead of schedule. The Trump Administration is calling it a modern miracle, but it is much more than that. This vaccine is a testament to President Trump’s ability as a businessman to get things done. This is one of the reasons he was elected in the first place. If anyone else had been elected instead, say Hillary Clinton, we would still be wandering around in a daze with draconian lockdowns and probably millions dead. There’s no way Hillary would’ve shut down travel from China, which means the death toll would probably be closer to the original estimates of 2-2.5 million.

Does Trump get credit? Not hardly. I will say that Jake Tapper threw him a bone on CNN, but that was an anomaly. Most news outlets ignore his gargantuan contribution to mankind. Instead, people like Andrew Cuomo of New York cast doubt on the safety of the vaccine. Not because of science, but because of Trump. 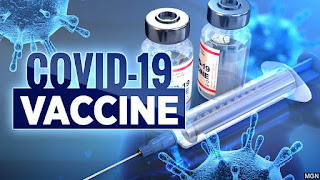 But the vaccine isn’t for everyone. The British have already warned that if you’re prone to allergic reactions you should stay away from it. The people who instinctively believe that the government is the solution to everything are already talking vaccination mandates. This should be a personal choice. We’ve heard for decades that it’s your body, your choice when it comes to abortion. Not so when it comes to a vaccine. Alan Dershowitz went so far as to say that you don’t have a right to infect someone else with COVID. Let’s use some logic and common sense. If I decide not to get vaccinated, I’m not putting anyone else’s life in danger except perhaps people who have made the same decision. With this thing being 95 percent effective, there’s really no way I’m going to infect someone who’s had the shot. That’s if I even get the virus.

I’m not an anti-vaxxer. I’m just using common sense. What are my odds of getting COVID? They’re pretty low. What are my odds of dying from COVID if I do get it? Probably way less than one percent. I’m doing what everyone should do and that’s my own personal health risk assessment. If you have underlying health issues you probably need to get the vaccine. If you’re not at high risk of dying from COVID then you’re probably safer not getting it. That evokes shrieks of horror from many, but it’s true. I’m weighing the known versus the unknown.

People like Dr. Anthony Fauci are talking about developing vaccinations for children. There is no way a child should be getting this vaccination. They’re at very low risk of getting the virus, and they have practically no chance of dying from it. The only children who should ever consider this vaccine are those with underlying health issues that put them at risk of dying from COVID.

Fauci’s also saying we’re going to have to wear the masks through all of next year. Why? Once this vaccine is distributed to those most at risk the death toll will drop to near zero. Once that happens, this thing is over, for all intents and purposes. Will people still get it? Sure, but they won’t be dying from it, and that’s really all that matters.

People get the cold and flu every cold and flu season. We don’t shut down the country for it, although maybe now we do. Maybe we’ve reached the new normal where the government tells you every move to make. Not me. I don’t know about the rest of you, but I’m going back to America.

Posted by Phil Valentine Show at 7:15 AM