I smelled a rat from the second the New York Times story broke. ‘Russians Hacked Ukrainian Gas Company at Center of Impeachment’ their headline blared. It seemed all too convenient. Just before the impeachment trial begins that will most certainly explore Joe Biden’s role in getting a Ukrainian prosecutor fired who was looking into corruption at a company where his son was raking in $50,000 a month, the Russians magically hack that same company looking for dirt on Biden. The insinuation is, of course, that the Russians are working in league with Donald Trump to spring him from the impeachment trap and nail Joe Biden at the same time. 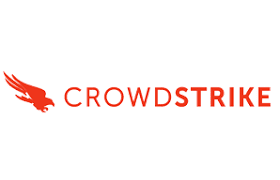 “Cybersecurity officials” told the New York Times about the hacking. I wondered immediately if these “cybersecurity officials” had anything to do with CrowdStrike. Remember CrowdStrike? They were the IT company for the DNC that claimed Russians had hacked their e-mails. The only problem is they wouldn’t turn over the servers to the FBI. The FBI, according to James Comey’s own testimony, simply relied on the investigation done by CrowdStrike. Odd isn’t it? It’s like you have a bank robbery and the FBI shows up but a private investigator has already done the investigation, so you just take his report and file it as fact.


This whole thing reeks of a set-up. No doubt Trump’s attorneys, if they’re any good, will make Hunter Biden’s deal with Ukrainian gas company Burisma the centerpiece of their defense. After all, the president was impeached for allegedly using his office to investigate a political opponent. Trump’s defense is he was asking the Ukrainians to investigate a legitimate appearance of corruption. So, just as we begin the trial the Russians hack into Burisma looking for dirt on Joe? All too convenient, isn’t it?

Well, you don’t know the half of it.

I began researching my suspicions about the “cybersecurity officials” that supposedly tipped off the Times. It’s a company called Area 1 Security. One of the co-founders is a guy named Blake Darché. Guess where Blake used to work. That’s right. CrowdStrike. Oh, he didn’t just work there. He helped found CrowdStrike.

I’m sure the scheme of claiming the Russians hacked Burisma was designed to not only taint any real dirt Trump’s lawyers may have on Biden, but to further bolster the story that the Russians hacked the DNC. To learn now that CrowdStrike people are involved in both does just the opposite. Again, I’m sure, no one will be able to independently confirm Area 1’s assertion that the Russians hacked Burisma. And, again, authorities will take their word for it. Three of the founders, including Darché, were hackers for the NSA. These kinds of people are invaluable if they’re working on your side. They’re extremely dangerous if they’re not.

It took me all of about five minutes to uncover Area 1’s connection to CrowdStrike. You can’t tell me a New York Times reporter couldn’t do the same thing. Which leads us to only one conclusion. They knew but they didn’t report it.

Oren Falkowitz, co-founder of Area 1, laid it on thick for the Times. He said, “The timing of the Russian campaign mirrors the GRU hacks we saw in 2016 against the DNC and John Podesta.” He added, “Once again, they are stealing email credentials, in what we can only assume is a repeat of Russian interference in the last election.” Oh, it’s a repeat, all right. It’s a repeat of the same charade they pulled before. I hope and pray that we’re smarter now than we were then.


Posted by Phil Valentine Show at 8:08 AM