None dare call it conspiracy

It was 1966 when the brutal communist dictator of China, Mao Zedong, launched the Cultural Revolution. Mao called on the youth of China to rise up against the establishment and their elders and purge anyone who was not robotically toeing the party line. Roaming gangs of youths called the Red Guards harassed and attacked their elders. Students would drag old people into the universities and literally beat them to death. Their sin? They weren’t pure enough in the communist dogma. They dared disagree with political correctness of the day. 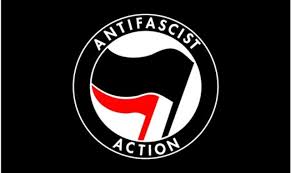 We don’t have a Mao in the United States, but what we do have are millions of brainwashed youths who have become so vile, so nasty, that it demands closer inspection as to what in the hell happened.

On January 10, 1963, Congressman A.S. Herlong, Jr. of Florida read into the Congressional Record ‘The 45 Communist Goals’ taken from The Naked Communist by W. Cleon Skousen. Looking back at them these 56 years later it’s downright eery.

Take No. 17: ‘Get control of the schools. Use them as transmission belts for socialism and current Communist propaganda. Soften the curriculum. Get control of teachers’ associations. Put the party line in textbooks.’ Check. There’s no doubt that they’ve achieved that goal.

No. 20: ‘Infiltrate the press. Get control of book-review assignments, editorial writing, policymaking positions.’ Check. No. 21: ‘Gain control of key positions in radio, TV, and motion pictures.’ Check. No. 22: ‘Eliminate all good sculpture from parks and buildings, substitute shapeless, awkward, and meaningless forms.’ Check. Sounds like the purge of Confederate statues. And now they’ve moved on to the founding fathers. No. 29: ‘Discredit the American Founding Fathers. Present them as selfish aristocrats who had no concern for the “common man.”’ Check. The founders are under attack.

No. 36: ‘Infiltrate and gain control of more unions.’ Check. No. 38: ‘Treat all behavioral problems as psychiatric disorders which no one but psychiatrists can understand [or treat].’ Check.

Oh, and I almost forgot the biggie. No. 15: ‘Capture one or both of the political parties in the United States.’ Double check.

The left has now re-educated the youth of this nation to believe that catastrophic climate change is on the verge of destroying the planet, and the only way to stop it is to destroy what caused the damage: capitalism. We have marauding gangs of youth thugs like the Red Guard called Antifa. Antifa is a communist organization with roots in 1930s Germany as they were fighting the Nazis for control of the people. The Nazis won the battle but Antifa is winning the war.

Anyone who dares try to roll back their work on things like climate change indoctrination and stemming the flow of illegal aliens like Donald Trump has is viciously attacked to the point of trying to run a duly elected president out of office. Note how irrational their hatred of Trump is. He has become the biggest threat since Reagan ended communism in the Soviet Union. I still believe Trump’s grand plan is the same fate for communist China.

And who’s behind this witch hunt of the president? The socialist/Marxist wing of the Democrat Party is calling the shots. Notice how we haven’t heard a whole lot from ‘The Squad’ during this impeachment debacle. Nancy Pelosi has apparently made a deal. I’ll give you your impeachment if you’ll just keep quiet and act like I’m really still in charge.


From here on out every election matters. Put somebody like Elizabeth Warren or Bernie Sanders in and you can check off all 45 goals.