The bums are out of control

Homeless people are taking over. I know we’re supposed to be sympathetic, and I am. I’ve worked with the homeless in varying capacities. I’ve given my time and money. I have a special place in my heart for the truly needy. But I fear too many are taking advantage of our generosity.

Take the ubiquitous person at the off-ramp with the sign. Usually it reads something like ‘Will work for food.’ The only problem is they won’t. There was a piece on Fox 17 in Nashville about a fed up local man who decided to shame a panhandler. He made up his own sign—He Can Get a Job—and stood next to the man as he tried to swindle pocket change from passersby. 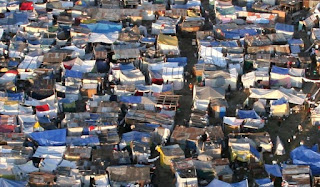 In places like San Francisco the homeless problem is out of control. They’ve taken over the streets. There’s trash and human waste everywhere. There’s even an app to help you avoid the piles of stinking doo-doo. And used needles litter the landscape. Is this the liberal utopia we’ve been promised?


Here’s the deal. There’s a big difference between truly homeless people and plain ole bums. It’s the bums who’ve taken over the streets. They bug tourists in downtown Nashville. They camp out on the sidewalks of Los Angeles. The liberals who run these cities have no idea what to do about it. The solution is very simple. You outlaw it then enforce the law. This is the way things used to be done. There are probably panhandling prohibitions still on the books in these cities. Either they’ve been repealed or they’re purposely ignored. The bums have taken advantage of the situation and now they’re overrunning the streets.

I discovered a little “homeless community” recently. There’s an area I frequent that has a Walmart and a Lowe’s. I notice a different bum working the traffic light near by. And I see them wandering the parking lot. Then I was sitting in the drive-thru getting me a biscuit recently when I noticed a congregation of bums in the parking lot next door. I drove by slowly and discovered it was a small city park. As I drove by the park I noticed through the trees some tents pitched. Putting two and two together I figured out this is where these bums were living. There were whiskey bottles and trash strewn everywhere.

So, why haven’t the cops broken this little bum city up? Probably because they have bigger fish to fry. Or maybe because nobody complains. Or they don’t complain loud enough. Bums everywhere is a sure sign that your area is hitting the skids. It’s like gang tagging. Once you see gang tags on stop signs and overpasses you can bet the clock is ticking before your neighborhood becomes a dump.

We can either collectively stand by and watch it happen or we can start raising hell with the people who run our towns and cities. Those of us who pay massive property tax bills should demand that the authorities protect our property values by not allowing the bums to take over.

Yes, I’m concerned about why so many of these people have become bums. I suspect substance abuse is a large part of the problem. However, allowing them to take over large swaths of cities is not helping to get them off the streets. If these people are run off from every piece of public land in the country maybe they’ll finally seek the help they need. Allowing them to continue to panhandle doesn’t mean you have a big heart. Appeasement is not compassion.