The Chicken Littles of the government shutdown

What if they had a government shutdown and nobody noticed? If you’re one of the few Americans who has actually had to go without pay, I apologize. My point is the doom and gloom and Armageddon of a partial government shutdown foretold by the Democrats never materialized. It was similar to the apocalyptic predictions of tax cuts. Instead, the economy has been on fire. We added 312,000 new jobs in December, far above the 180,000 that were predicted by the so-called experts. Hispanic unemployment has now hit yet another historic low. 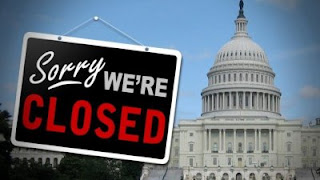 Despite the tweets, despite the vulgarity, despite his stepping on his own message, Donald Trump knows what he’s doing. He decided to run for president in order to make America great again and he’s delivering big league. And the Democrats have become the obstructionist party just for the sake of obstructing. They were for the border wall before they were against it. And they’re against it simply because President Trump wants it. The game plan is to make sure he doesn’t get anything he wants. If he does, their reign in the House will be short-lived.


To illustrate how desperate they are, the Democrats are now calling a wall ‘immoral.’ Immoral? Is the wall around the Vatican immoral? What’s immoral is allowing thousands of Americans to die at the hands of illegal aliens each year and not build a wall to stop them. The open borders crowd seems to carve out an exception for those streaming across our southern border. They would never go for allowing planeloads of people to enter JFK without going through Customs. It’s hypocrisy at its highest.

Yes, Donald Trump said Mexico was going to pay for the wall. Chance are they’re not. That doesn’t mean we don’t need it. It doesn’t mean we don’t build it. In the meantime, thousands of government employees hang in the balance. Yes, they’ll get back pay, but making it without a paycheck is tough. It’s something we shouldn’t subject anyone to. Trump said he’d take responsibility for the shutdown, but is he really responsible? He’s asking for $5 billion to get started on the wall. In Washington terms that’s chump change.

The National Priorities Project, a left-wing, pro-big government organization out of Massachusetts, compiled a list of nine things we should buy with the $5 billion instead of the wall. They listed things like doubling federal spending on energy efficiency and renewable energy. Can you say Solyndra? We blew a half-billion on that boondoggle, and it was just one of many. We’ve spent over $155 billion on green energy with little to nothing to show for it.

NPP suggested giving the EPA a 60 percent pay raise instead of building the wall. Seriously? Look, I’m all for clean air and clean water, but the EPA has gone nuts as of late. Their obsession with this fantasy of manmade global warming is costing us billions. If anything, we should be cutting out the dead wood at the EPA, not giving 60 percent pay raises.

They want to increase federal spending on public K-12 schools by 30 percent. Schools should never be funded by the federal government. That’s the responsibility of states. More federal money means more federal strings attached. Anybody remember Michelle Obama taking over the lunchroom? Or George W’s ‘No Child Left Behind?’

And they want to give the $5 billion to the National Endowment for the Arts. I guess so we can fund more crucifixes in urine.