Dems see their opportunity for socialism

The left’s hatred of Donald Trump has emboldened them to do something that several years ago was unthinkable. They have now mainstreamed socialism in the Democrat Party. Of course, there have always been socialists in the party. Bernie Sanders has made no secret of his socialism, but there was little chance he was going to get the nomination for president. That’s all changing. 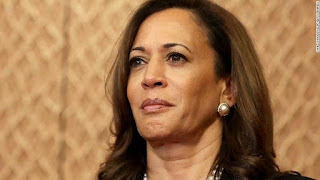 Kamala Harris, the Democrat senator from California, is the odds-on favorite to win the Democrat nomination for president in 2020. She’s also an unapologetic dyed-in-the-wool socialist. She recently told Jake Tapper from CNN, referring to the private health insurance market, “Let’s eliminate all of that. Let’s move on.” Her remarks caused hardly a ripple at the other networks and warranted only passing coverage. Perhaps Kamala Harris is too liberal for even the left-wing media.


We know she was too liberal for gun-grabbing potential presidential contender Michael Bloomberg. He said her idea of Medicare for All would bankrupt America. That doesn’t seem to matter to the left. The main proponent of Medicare for All is Alexandria Ocasio-Cortez. She has all sorts of radical ideas like taxing those at the ‘tippy top’ at 70 percent and making a college education free for everyone. A recent Axios poll showed that 74 percent of Democrats would vote for her for president were she old enough to run. There’s even a movement afoot to amend the Constitution so she can run.

This sharp and open turn to the left by the Democrats is due to their perception that the country hates Donald Trump. Presuming that the Republicans will stick with him in 2020, the Democrats see their chance to lurch to the left and turn America into a European-style socialist state. Trump Derangement Syndrome has not only exposed the latent insanity that has been simmering just below the surface in many liberals, it has also exposed their true intentions.

Their hatred for Donald Trump goes way beyond anything personal. He’s actually accomplishing things Republicans have merely dreamed of. Look at the economy. Despite the continual predictions of impending doom, the economy continues to startle the experts with its robustness. Unemployment hovers near a 50-year low. Hispanic and black unemployment are both at record lows. The president jumped 19 points in popularity with Hispanics during the government shutdown over the wall. All of this flies in the face of the conventional wisdom that Trump is the most hated man on the planet. He’s the most hated man by the media and they amplify that every day, but that doesn’t make it so.

Recent polls have shown President Trump at or above where Barack Obama was in popularity at the same point in his presidency. That fact gets no press whatsoever. I will be the first to admit that Trump has a nasty habit of stepping on his own message. I also believe the left continually underestimates him.

The upcoming State of the Union address will be a turning point in his presidency. I believe he will lay out a rational argument to the American people of just how bad things are at the Mexican border and why we need a wall. I also believe he will declare a national emergency before the end of February and we will start building that wall. Much of it will be completed in the next year and we will start to see a drastic reduction in crime and drugs and all the nasty things an open border brings. And Kamala Harris’s socialism will look like Venezuela by comparison.