It was 2016 when then-President Obama told us to forget about it. Manufacturing jobs are not coming back. Now they’re coming back and he’s out on the campaign trail taking credit for it. Remember when Obama said GDP growth would never top 3 percent again? There was never a quarter during his presidency when it did. In fact, he was the first president to never have a year of growth topping 3 percent. Now it’s at 4.1 percent. And now Obama’s trying to take credit for it. 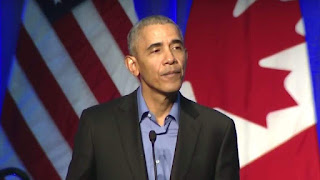 In the meantime, the Democrat talking points have turned to the 25th Amendment. This is the amendment in the Constitution that gives the vice-president the power—with the consent of congress—to remove the president because he’s no longer mentally fit to hold office. Let me tell you something. With an economy booming like this, anybody who wants get rid of Trump is nuts. Maybe we should start proceedings against all these members of congress with Trump Derangement Syndrome. It has to be a clinical diagnosis by now. So many people have it.

I’ve told you before, if you’re expecting these crazy people on the left to go quietly into the night you’ve got another thing coming. The more successful Trump is, the more deranged they become. Here’s what we’re looking at. We’re looking at a distinct possibility that the economy does so well and so many people get off the government dole that the Democrats will never seize power again. They see November as possibly their last chance.

They don’t have the economy to run against, unless their only strategy is the feeble attempt to give Obama the credit. The only card they have left to play is ‘Trump is unstable.’ They can’t really point to domestic policy to make their case so they claim his foreign policy is reckless and dangerous and we have to get him out before he blows us all to kingdom come.

And then Kim Jong Un chimes in saying he’s planning on de-nuking before the end of Trump’s first term. So much for kingdom come.

Oh, but the tariffs are going to destroy the economy. So far, so good on that front. Economists tell us there aren’t any ill effects because of the tariffs. At least not yet. But we’re being mean to our allies. Our “allies” have been hosing us economically for decades. Remember when Trump was spatting with the EU over auto imports to the U.S.? And he put the tariffs on the EU automobiles? And remember when the EU threatened to tariff soybeans and everybody freaked out? Then Trump upped the ante and vowed to increase steel and aluminum tariffs and raise the auto tariffs even further. That European Commission goomer was on a plane to the White House so fast it would make your head spin. In the end, the European Union pledged to import more soybeans from the U.S. than before. That’s how you do it, son.

See, the United States is the biggest market for a lot of countries in the world. Germany is the third largest exporter to the U.S. and they drive that train at the EU. If Germany ain’t happy, nobody’s happy. And when you start to monkey with their car exports to the U.S. you can bet they light a fire under the European Commission to do something and do something quick.

China is the leading exporter to the U.S. followed by Canada. And you can bet those two will make a deal quick. Oh, but Trump’s crazy.