While you weren't looking . . . amnesty

While you were obsessing over the latest incarnation of out-of-control government, whether it be Obamacare or the NSA, forces were diligently working behind the scenes to pass amnesty.  Sen. Jeff Flake - appropriately named - tells The Arizona Republic that he senses “some active movement” on a House version of amnesty.  Flake tells the paper the House bill “won’t prohibit those who are here illegally now from getting on some sort of track that already exists.”  He adds, “It just wouldn’t create a special path like we did in the Senate bill.”

What I’m trying to figure out is why in the world we need to be doing anything other than enforcing the laws we already have.  It’s against the law to break into this country.  You do it once it’s a misdemeanor.  Twice or subsequent times and it’s a felony.  Once again, Congress seems obsessed with concentrating on the symptoms of the problem rather than the problem.

They tend to overcomplicate the issue like they do everything else.  Fixing the illegal immigration issue is simple.  There’s a reason why 20 million illegal aliens have invaded our 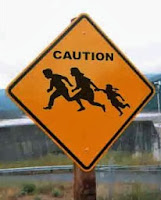 country.  They’re here for either the jobs or the benefits or both.  You cut those off and they go home.  Stop feeding the cats and you get rid of the cat problem.

I can’t tell you how long I have been proposing Demagnetize America.  You fine businesses for their first offense in hiring illegals.  If they do it again, you jerk their business license.  Problem solved.  Illegal aliens are not going to come here if they can’t find a job.

At the same time you have to cut off the benefits.  Again, it takes stiff penalties to make that work.  A slap on the wrist won’t cut it.  That’s exactly why the IRS is still targeting conservatives.  There is no down side.  You get caught, like so many IRS officials have, and there’s no repercussion.

It’s like everything in life, if the risk outweighs the gain you have a better chance of stopping the bad behavior.  Horse thieves used to be hanged.  Why was that?  It was because stealing a horse was such an easy thing to do and people depended on their horses for transportation and work.  The only way to curtail the crime was to make the penalty so great that the risk would outweigh the gain.

Hiring an illegal alien is one of the easiest things to do.  However, the unintended side effects are enormously destructive.  Illegal aliens clog our courts, our prisons, our hospital emergency rooms.  It costs billions to educate their children.  Illegal aliens kill American citizens daily either through car accidents or murder.  They soak up a disproportionate amount of our social services.

Instead of going to the root of the problem our congress seems determined to make it worse.  They want to legitimize the illegals who are already here seemingly unaware that in doing so they ensure another, larger wave of illegal immigrants.