When three 20-year-old computer programmers managed to build an Obamacare website in mere days with more bells and whistles than healthcare.gov, and it actually worked, the Obama administration’s ineptness was further exposed.  One of the programmers noted that 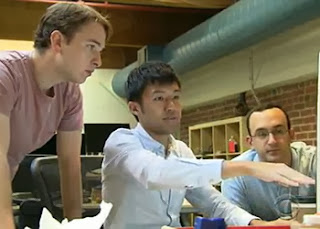 healthcare.gov’s problem was it didn’t offer the plans and the prices up front.  Instead, it requires applicants to enter all of the their personal information - including some odd questions about personal habits having nothing to do with health care - before it reveals the applicant’s cost.

The website designed by the young programmers works much like the health insurance calculator that’s been up for months at the Kaiser Family Foundation website.  The Kaiser website asks you your age, number of dependents and whether any of those to be covered are smokers.  Then it calculates not only how much your policy will cost but how much of a subsidy you’ll get.  Healthcare.gov waits until the last moment to reveal that information.

Can you imagine finding a product on Amazon.com and being required to enter in your credit card information and address before it tells you how much the product will cost?  And they wonder why only 3 percent of eligible applicants have signed up.

The young programmers were scratching their heads at the simple “error” in healthcare.gov but it’s no error.  It’s by design.  Some news reports suggest the healthcare.gov site was originally designed to show you the prices first but someone in the Obama administration had that idea scrapped and the site had to be redesigned at the last minute.  That may partially explain why it’s been error-plagued.

So, why would the administration not want you to see the prices up front?  They still claim that most people will save money through the exchanges.  Were that true they would gladly post the costs up front to attract more applicants.  The truth is there’s no way most people will save money.  If that were the case the whole program would be upside down from day one, despite Obama’s contention that Obamacare will reduce the deficit, not add to it.

Supporting that contention is Jonathan Gruber, an MIT economics professor and one of the architects of the Massachusetts plan.  He admitted to Politico.com that in order for Obamacare to work the insurers must cancel lower-premium plans for healthy patients in order to drive them to the exchanges.  There’s no “free lunch,” he told Politico.  He says Obamacare is structured on the assumption that health insurance companies that chose to be a part of the exchanges would get a defined number of customers.  That’s why they’re canceling policies and sending them to the exchanges.  Once there, these same customers are finding their premiums have doubled or tripled or worse.

When you understand that you understand why the Colorado exchange ran print and Internet ads featuring young white males doing keg stands urging them not to blow their beer money on healthcare.  Join the exchange, they were urged.  Why?  Because the “keg-standers,” who are primarily 26 to 32-year-old white males, are the least likely to use health services.  Obamacare has to have them to pay for those who are high risk.  The only problem is the keg-standers aren’t showing up at the exchanges.  And why would they?  More than likely they get their insurance through their employer and even if they don’t, they’re low-risk enough to get a cheaper policy through a private exchange unassociated with Obamacare.

The whole program was doomed to failure from the start.  And Obama knew it.  He just hoped you’d never find out.