Voter fraud is real, and it should be investigated

The outcome of the 2020 election may still be in doubt—despite what the mainstream media tell you—but something that is no longer in doubt is that voter fraud is real. This narrative by the Democrats that voter fraud is a myth is, itself, a myth. We’ve always known it. Now we’re seeing it firsthand across the country. 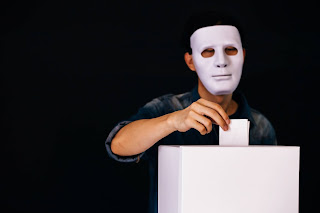 The Heritage Foundation keeps a database of voter fraud cases from every state. All one has to do is click on a state and see the documented, litigated, prosecuted cases of voter fraud. Everybody from “Wormy” Hodge buying votes in Tennessee (yeah, that’s what he actually calls himself) to Harry Sandoe Maxwell in Pennsylvania. Maxwell was enlisting people to sign absentee ballots on behalf of dead people. Wormy was a deputy who was buying votes in the sheriff’s race. His man won, but was subsequently removed from office. Wormy got probation and community service. Maxwell got probation and a $500 fine.

And that’s the problem. Even when people get caught they very rarely suffer the consequences. In other words, it’s worth the risk.

Attorney General Bill Barr instructed his department to investigate voter fraud in the 2020 elections “if there are clear and apparently-credible allegations of irregularities that, if true, could potentially impact the outcome of a federal election in an individual State.” Democrats, of course, flipped out, as if Barr were intervening on behalf of President Trump. Richard Pilger, DOJ’s head of Election Crimes Branch, resigned in protest. It’s interesting to note that Pilger was neck-deep in the IRS scandal. Investigations revealed that he had conspired with Lois Lerner at the IRS to target Tea Party organizations. How in the world this guy was still at DOJ is a mystery, but his departure may actually open up an avenue for genuine investigations into voter fraud. And remember, Barr says they’re investigating only accusations that may affect the outcome of the election. Any other cases of voter fraud will be deferred until after this election is settled and certified.

So far the Republicans have collected 131 affidavits representing over 2,800 incidents of voter fraud. The left-wing media shout at them for proof, but they refuse to interview even one person who has filed an affidavit of fraud. James O’Keefe at Project Veritas has released at least two videos from postal workers who say their superiors were instructing their employees to back-date mail-in ballots that came in late to the day of the election.

Is all this enough to change the results of the election? Who knows? That’s why we need a full-scale investigation. The fact that the Democrats don’t want to see should tell you everything. Voter fraud is real, and voter fraud is real because it’s easy and basically without risk.

We have to make it where it’s not worth the risk. We need a federal law for federal elections. If the people in Monroe County, Tennessee want to let a guy off with a slap on the wrist for fixing a sheriff’s race then fine, but when it comes to elections that affect the rest of us there should be serious consequences. Congress should impose a minimum mandatory sentence of one year in jail for blatant voter fraud. I’m not talking about voting in the wrong district. I’m talking about willfully trying to change the outcome of a race. Then and only then will we put an end to voter fraud. The penalty has to make it not worth the risk. Maybe then we can restore the American people’s faith in our elections.