The science is settled?

What liberals call “science” is now out in the open for all to see. Maybe you’ve seen the video from a Staten Island grocery store where mask-wearing zealots screamed profanities and ran a maskless patron from the store. They tell us they’re following the science, yet the science just a few weeks ago was telling us not to wear masks in public. In fact, many of these same people were mask-shaming. These are the lemmings who lap up the latest “science” and take it upon themselves to enforce it. This is the danger of the “science is settled” crowd. 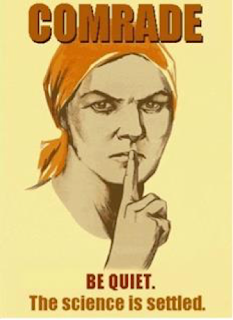 The problem with both is not what we know but what we think we know and don’t. Sometimes actual science is adding to the confusion, not elucidating it. Take sea ice in the Arctic. As science becomes more sophisticated we learn that sea ice is receding. What we don’t know is what we didn’t know. What we didn’t know is that sea ice has always been receding in the Arctic over various cycles. In the absence of scientific measurements we have newspaper accounts from the 1920s reporting little sea ice in parts of the Arctic. We saw the same thing happen in the 1950s. It wasn’t until science evolved to the point where we had equipment to actually measure it that the freak out began.

Remember the scare when we learned that the coronavirus could perhaps live for weeks on surfaces inside cruise ships? That sent people into a Purell panic. Hand sanitizers disappeared from grocery store shelves. Then the CDC came out and said transmission of the coronavirus from surfaces or objects was extremely rare. That seems to be the latest “science,” but even Fox News had a frontline doctor on who thought he knew better. He said without question that he knew the only way this virus could be transmitted. That’s from touching someone or something with the coronavirus on it and then touching your face. He said he knew he would never get the virus because he washes his hands constantly. That’s apparently not what the science is telling us. The conventional wisdom now is that being in close proximity to someone with the virus is the main way it’s transmitted from one human to another.

Remember when Al Gore told us the polar bears were dying off and then we found out they weren’t? Remember when the models told us upwards of 2 million people would die from coronavirus in the United States until they didn’t? Remember the predictions that Miami would be under water until it never happened?

One thing is for sure. Science is never settled. We’ve seen that firsthand with the coronavirus. A better barometer is common sense. I could’ve told you that wearing a mask all day would lead to people passing out from inhaling too much CO2. In fact, I did.

Governors all across the country issued stay-at-home orders. Now we learn that people are being hospitalized because they stayed at home. Vitamin D-deficiency is thought to be the culprit.

Beware of people who tell you the science is settled. It’s one sure way to know you’re being lied to.