Corroboration. It’s the big buzzword these days. The right is using it against Joe Biden much like the left used it against Brett Kavanaugh. We’re told that friends and family of Biden accuser Tara Reade can “corroborate” her story that Biden sexually assaulted her 27 years ago. Why? Because she told them. Let’s get one thing clear. Telling someone something is not corroboration, it’s hearsay. There’s a big difference.

The legal distinction is very important. Hearsay is only allowed under certain circumstances in a court of law. One exception is what’s known as the Present Sense Impression rule. This is “a statement describing or explaining an event or condition, made while or immediately after the declarant perceived it.” This would appear to apply to witnesses who heard Reade describe the alleged incident with Joe Biden, however it is still hearsay and not corroboration. 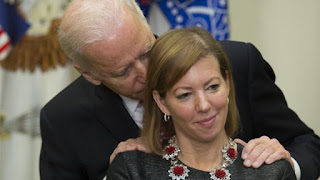 Anyone can make up a story about anyone else and tell everybody they know. That still doesn’t make it true. This is not a defense of Joe Biden. This is a defense of the presumption of innocence, the bedrock of our judicial system.

That’s not to say that Joe Biden hasn’t done some creepy things. He’s famous for invading people’s space and sniffing hair. That may be a bit on the sketchy side. It may even constitute sexual harassment, but it is not sexual assault.

This so-called corroboration was used extensively during the hit job on Brett Kavanaugh when he was nominated by President Trump to take a seat on the Supreme Court. At the time, conservatives derided the so-called corroboration of Christine Blasey Ford’s story by people claiming she had told them about the incident with Kavanaugh as simply hearsay. Now they accept the same sort of contemporaneous accounts as corroboration.

There’s a particular example of this that needs to be noted. A student at the University of Virginia called her friends in the middle of the night to report that she had been gang-raped by a bunch of fraternity brothers. She gave a vivid accounting of the alleged crime complete with the fraternity involved. Rolling Stone magazine picked up the story, using her friends’ accounts as corroboration. The university shut down the Greek system. The fraternity house was vandalized. A few months later, Rolling Stone had to issue a retraction and an apology. The whole thing was made up, including the story told to friends. Some corroboration. They only corroborated what they had been told, and they were told a complete and utter lie.

Conservatives must not fall into this same trap. A court of law needs much more than just a story told by the alleged victim to make a case. That’s not to say that Tara Reade doesn’t have a case. It’s just that her case doesn’t hinge on what she told family and friends 27 years ago.

Were the roles reversed conservative skeptics would be asking why now? Why didn’t she at least bring these allegations up in 2008 and 2012 when Biden was on the ticket with Barack Obama? Enemies of Biden are hoping to dig through mountains of senate records to find a smoking gun in a report filed by Reade in 1993. She’s already tamped down expectations by saying that it probably doesn’t include the language “sexual assault” or “sexual harassment.” She says she told authorities at the time that Biden made her feel uncomfortable. Heck, we can all say that. Ever watched one of his interviews?

Reade’s allegations should be thoroughly investigated, but just because she told somebody doesn’t mean the story has been corroborated.