It was two weeks ago here when I let the cat out of the bag on what I believe are President Trump’s true intentions on China. More evidence has rolled in over those two weeks to bolster my theory that Trump’s ultimate goal is to put the commies in China out of business.

He met privately with Tim Cook, the CEO of Apple. Cook complained, according to news reports, that his rival, Samsung, had an advantage since its phones were made in South Korea, the home of Samsung. Cook said the tariffs on China were putting him at a competitive disadvantage. Then Trump did something amazing that was glossed over by the media. He suggested Apple stop sourcing its products in China.

This is no small development. Were Apple to pull up stakes in China and start sourcing its products elsewhere it could trigger a stampede for the exits. 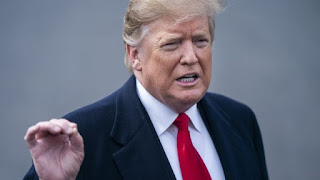 Then the president made an even bolder statement which I believe reveals his true intent. He tweeted, “Our great American companies are hereby ordered to immediately start looking for an alternative to China, including bringing your companies HOME and making your products in the USA.” Hard to get more direct than that. Experts scoffed that Trump doesn’t have the authority to “order” companies to leave China, but he just might. The International Emergency Economic Powers Act of 1977 may allow him to do just that. The Congressional Research Service says it only applies during a time of war.

Could that be next?

I’ve long predicted that we will end up in a hot war with China over Taiwan. China has long claimed ownership of Taiwan under the so-called ‘One-China’ policy. The U.S. has recognized that policy ever since Richard Nixon sold us out with the Shanghai Communiqué of 1972. That communiqué has no force of law. The Taiwan Relations Act of 1979 does. That act allows, but does not require, us to defend Taiwan against the Chinese.

The Chinese have never been happy about it, and they’ve continued to claim Taiwan as their own. Recently they’ve been conducting military exercises in the Taiwan Strait. Back in July they warned that if Taiwan declares independence there will be war. Trump’s response? He just sold 66 F-16 fighter jets to Taiwan. We could be closing in on the big showdown.

Here’s how events could go down. Taiwan declares itself an independent country, with the blessing of the United States. China invades. We send ships to the aid of Taiwan and we’re in a hot war. Remember that International Emergency Economics Powers Act that can only be triggered in time of war? Guess what.

About 18 percent of China’s exports go to the United States. That doesn’t include all of the U.S. companies that have put down roots there. What if all of a sudden every U.S. company instantly pulls out? That 18 percent of their exports also dries up almost instantly. How soon would it be before China collapsed?

China is already buying their way into poor countries around the world with the Belt and Road Initiative. They build infrastructure for these cash-strapped nations. When they can’t pay the money back China essentially forecloses. They end up controlling these countries. President Trump’s well aware of this too. That was what behind the whole ‘buying Greenland’ story. They were going to mortgage themselves to the Chinese. Trump offered to buy them instead. The long and short of that story is China backed down. For now.

The Chinese government needs to be destroyed. And President Trump knows it.