El Paso killer was an eco-terrorist

How often have I told you that media bias isn’t necessarily what they tell you, it’s what they don’t? Well, the El Paso shooting is a shining example. The news media, especially CNN, focused on the ‘white nationalist’ angle and tried to somehow tie that to Trump. What they didn’t tell you is the guy is a whacked-out environmentalist who thinks there are too many people in the country and he needs to kill off some. In other words, he’s an eco-terrorist. 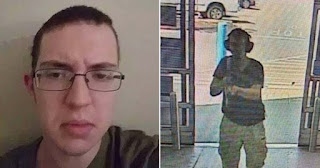 Did CNN tell you that? Not even Fox News, whose higher-ups support the manmade global warming theory, wanted you to know that. Not one major news organization posted the guy’s manifesto that I could find. I posted it on Facebook and it was promptly blocked by the Facebook censors. They said it made some Facebook users feel ‘unsafe.’

Unsafe? You know what’s unsafe? Not getting the full story on a crazed killer. Not being able to see his writings and understand where he was coming from, as twisted as his logic might be. After every one of these types of shootings we all wonder what was going through the killer’s mind. In this case he maps out everything, even the weaponry he chose and why he chose it.

The media folks will claim they don’t want to encourage other killers by posting his writings. Fox News Alert: It’s not the writings that encourage copycat killers. It’s the round-the-clock coverage from the news channels. There’s no discussion of ignoring this story because it might prompt another killing. Nor should there be any talk like that. This is not only a news story it’s an epidemic. In order to cure the epidemic we need information, yet the news media and Facebook think you need less information. That’s so they can cherry-pick from the manifesto and spoon-feed you their version of his motivation.

By the way, the Dayton killer’s motivation got loose before the information czars could put a lid on it. That guy was a far-left socialist Antifa Elizabeth Warren supporter. Not one person at CNN or other liberal outlets said Elizabeth Warren was responsible and should tone down her rhetoric.

But wait until you read some of what the El Paso killer wrote. He wrote, “our lifestyle is destroying the environment.” He wrote that oil companies were polluting our water and our “consumer culture is creating thousands of tons of unnecessary plastic waste.” He wrote that “the average American isn’t willing to change their lifestyle, even if the changes only cause a slight inconvenience.” In fact, he titled his piece ‘The Inconvenient Truth.’ Where do you think he got all that? No, we shouldn’t be blaming Al Gore for the shooting, but we surely shouldn’t be blaming President Trump. This guy was the odd blend of an Occupy Wall Street radical environmentalist and a white separatist. The fact that he went on a shooting rampage is no one’s fault but his own.

I have to say that in the wake of the recent shootings I felt like I was in the Soviet Union. Watching CNN was like watching the TASS news service. It was not just the disinformation and misinformation, it was purposeful hiding of all of the information. I knew the real story about the eco-terrorism angle. Most people, unfortunately, did not, and still don’t. When I tried to alert the public via Facebook I was censored.

Our critical information services are in crisis. Services like Facebook are supposed to be our way around them. Now they are them.


Posted by Phil Valentine Show at 8:13 AM