Ivanka and Hillary: They're both wrong

A public records request has revealed that Ivanka Trump sent hundreds of e-mails regarding government business from her personal e-mail account. This has prompted cries of “Lock her up!” from the left and defense of the violation from the right. Allow me to be the adult in the room. 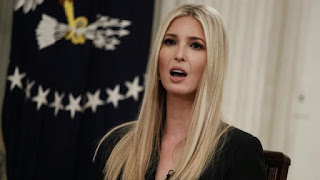 First, it’s unconscionable that anyone in government, on the right or the left, is so unaware about government e-mail protocol that this could happen. Least of all the daughter of the man who made this a major campaign issue in the 2016 election. One would think that after the media attention of Hillary Clinton’s e-mails that everyone in the Trump administration would make doubly sure they were following the letter of the law. Apparently they didn’t. This is an embarrassment to the president and Ivanka should face the consequences just like anyone else.


There are two major distinctions between Ivanka’s scandal and Hillary’s. First, Ivanka wasn’t using a private server. Using one would appear to be a deliberate attempt to deceive. The second distinction—and this is a big one—is that there’s no evidence at this time that anything Ivanka e-mailed through her private account was classified. The fact that a secretary of state did that is monumental.

But what’s interesting is how the left circled the wagons around Hillary and are now demanding full prosecution of Ivanka. That reeks of hypocrisy. They had completely moved past Hillary’s debacle and now are fixated on Ivanka’s. That’s part of what’s wrong with today’s political discourse. It’s all about “gotcha” as long as the one being “got” ain’t their own.

And this applies to the right as well. While it’s proper to draw distinctions between the two cases, it’s not at all fair to ignore Ivanka’s and point to Hillary’s. Especially someone who should’ve known better. She claims to have not understood the protocol. Ignorance of the law is no excuse.

Another related story got very little traction in the press. Turns out James Comey used his personal e-mail to conduct official FBI business, as we learned from another Freedom of Information request. That story got virtually no play in the mainstream media. Anyone who looks at this objectively would have to concede that the FBI director doing this is certainly more serious than an unpaid advisor to the president. It also brings more into focus Comey’s actions in July of 2016 when he made the unilateral decision not to prosecute Hillary Clinton despite revealing that she had sent or received 110 classified e-mails to and from her private servers. Yes, that’s plural because they discovered more than one. Perhaps prosecution of such a crime hit a little too close to home for Mr. Comey.

Letting someone skate because the investigator found himself in a similar situation does not mean that someone is innocent. It only means she wasn’t prosecuted at the time. The more serious laws Hillary may have broken have a statute of limitations of ten years. That means if laws were broken during her first year as secretary of state the clock is winding down on prosecution.

The solution to all of this is we investigate both Hillary and Ivanka. And I would throw James Comey in the mix while we’re at it. If either of those three is found to have violated federal statutes then they should be prosecuted to the fullest extent of the law. Hiding from the law should not be determined by what position you hold in government. Nor should it be determined by who your daddy is.