Sexual harassment—To believe or not believe

Well, since my column on the shelf life of outrage we’ve seen two congressmen and a senator go down in flames. The most bizarre involved now-former Congressman Trent Franks of Arizona who had discussions with female staffers about surrogacy. At least one of the staffers took it as a proposition for sex. Franks denied that charge but resigned anyway. 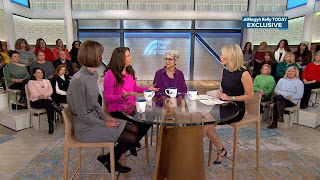 We’ve had several in public broadcasting either suspended while allegations are investigated or outright fired. Hollywood is embroiled in an almost daily scandal of sexual harassment or sexual assault. The harassment plague has spilled over into TV news. Our senior research analyst joked that there was going to be no one left in Congress to pass laws but no one left on television to cover it.


But what of those who vehemently deny the accusations? Roy Moore of Alabama is forever tainted by scurrilous allegations by two women who have been discredited. Most people never heard about the checkered pasts of the accusers or the tremendous holes in their stories. I’ve often told you that media bias is not what they tell you, it’s more what they don’t.

Now that the Alabama special election is behind us, we need to have a collective discussion as a nation. The basic cornerstone of American jurisprudence is “innocent until proven guilty.” Unfortunately, there is no due process in a public lynching.

Members of the House and Senate now want ethics investigations for members based on accusations that sometimes date back 40 years. I wonder how many lawmakers will survive that scrutiny if it’s meted out even-handedly. I can’t imagine that any of them have nothing to hide. You know what they say about people who live in glass houses.

Two people who have built a glass high-rise are Mika and Joe from MSNBC’s Morning Joe. They sit each morning in judgement of every sex scandal that comes down the pike while, according to various news reports, they carried on a years-long adulterous affair until they were outed by the National Enquirer.

Recently I had the misfortune of sitting in front of Megyn Kelly’s sinking talk show on NBC while waiting for my car to be washed. She had three Trump sexual assault accusers on. One was the infamous woman from first class who claims Trump groped her on a flight from Houston to New York. She said he never said a word to her. He just started rubbing his hands all over her and putting his hand up her skirt. She claims she jumped up in disgust and stormed to the back of the plane for the remainder of the flight. Several witnesses who remember sitting near Trump on the plane have come forward to say they saw nothing unusual.

As if to double down on the story, the woman claims an encounter with Trump years later. She says she was working a fundraiser for the Humane Society when Trump approached the table for his tickets with his first wife, Ivana. She claims Trump recognized her and said, “Hey, you’re that c@*# from the plane!” Even if we were to believe Trump groped a woman on a plane it’s highly unlikely that he would instantly recognize her after just a couple of minutes of groping. It’s also impossible to believe that he would call her out in front of his wife.

But it doesn’t matter how incredible the accusation. We’re told we must believe the woman. That is, as Mika said one morning, unless the accuser voted for Trump. In that case, they must be totally discounted. So goes justice.