Cultural appropriation. That’s the big buzz phrase of the politically correct these days. You especially hear that around Halloween. This past Halloween many college campuses across the nation issued warnings against offensive costumes that appropriate culture.

According to CampusReform.org, the University of Michigan published a statement admonishing cultural appropriation “often adopted by those who hold power and privilege in society.” Does any college student hold power? This is typical leftists claptrap intended to make victims out of anyone who doesn’t happen to be white and male. They profess to fight racism when thinking that anyone who isn’t white needs their protection is the most condescending form of racism. 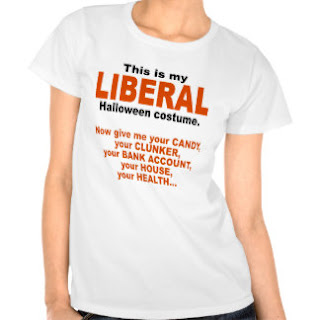 I was recently listening to a pitiful story on NPR of a woman whose mother is Chinese and whose father is Italian. She wore some native Chinese garb to school and got shamed by another Chinese girl for culture appropriation. She tried to explain that even though she didn’t look Chinese she really was. The girl told her that if she didn’t look Chinese she had no right to dress like one.

Now, you would think she’d get back up in this girl’s face. Instead she went home and hung the dress in the closet never to wear it again. She says to this day she’s embarrassed to express her Chinese heritage. In other words, she’s playing the victim.

But here’s the flip side. You don’t have to like it either. However, just because you don’t like it doesn’t mean I can’t do it.

I don’t think many of these PC people understand where they’re going with this cultural appropriation stuff. If that’s the way they want to play it then the Canadians called and they want their basketball back. Try telling LeBron that he’s appropriating somebody else’s culture.

If we’re to follow their ludicrous edict then only Germans can drive cars since Karl Benz invented the automobile. And although the Germans lay claim to the printing press, it was actually invented in China about 600 years before Gutenberg was born. I guess only Chinese folks can read printed books. Only white Americans can fly since the Wright brothers invented the airplane. Writing was invented by ancient Sumerians in what is modern-day Iraq, so I guess if you write anything you’re stealing from the Iraqi culture.

What these crazy leftists don’t seem to comprehend is nobody owns a culture. We all use language that grew out of different races and ethnicities. Many of the pop culture expressions of today come from black Americans. That wasn’t always the case. To “butter someone up” came from ancient India. “Turn a blind eye” is a British expression. “White elephant” is a Siamese expression, which is modern-day Thailand. Get the picture?

There is no copyright on culture. Jawaharlal Nehru was the first prime minister of India. His garb sparked a fashion sensation in the ‘60s called the Nehru jacket. The Beatles sported Nehru jackets as did several Bond villains. They didn’t have to ask Nehru for permission.

Sure, there is a line of good taste regarding costumes. We don’t need the politically correct drawing that line because they obviously don’t know where it is.