Cotton is no longer king, it's racist

It was only a couple of weeks ago, amidst the hue and cry over anything Confederate, that we were joking on the radio about how long it would be before cotton was considered racist. My producer, Johnny B, joked that aspirin would be regarded as racist since you have to pick cotton out of the top before you can relieve your headache. Absurdity is now reality. 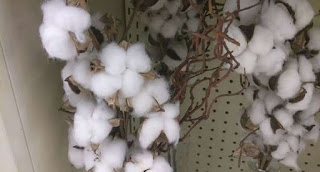 The president of Lipscomb University in Nashville had some black students over to his house for dinner. It was ostensibly to give them a chance to discuss their experiences at school. That was a mistake. Instead of discussing their scholastic experiences they fixated on a centerpiece that featured stalks of cotton. My wife tells me cotton in arrangements is all the rage. Somehow I’m glad I didn’t know that beforehand. Anyway, apparently cotton is racist. The students complained loudly and angrily about this ‘microaggression’ and the university president offered a written apology.


Now, the apology wasn’t along the lines of “I’m sorry if these students took the cotton centerpiece the wrong way.” No, President Randy Lowry wrote in his apology, “The content of the centerpieces was offensive.” This is exactly why this political correctness has gotten way out of hand. First rule when you’re dealing with crazy people is you don’t recognize crazy as legitimate.

But this is how we’ve been dragged so far down this road. Students at universities all across the country go searching for things that offend them. When they go searching they always find something. Like the students at Ole Miss who saw a banana peel in a tree. They had to shut down a Greek Life retreat. “To be clear, many members of our community were hurt, frightened, and upset by what occurred at IMPACT,” wrote Ole Miss’ Interim Director of Fraternity and Sorority Life Alex Lee Arndt to Greek leaders. I do hope this idiot is just interim and is terminated for kowtowing to these whiny babies. Oh, by the way, a student confessed to throwing the banana peel onto the tree because he says he couldn’t find a trash can. Didn’t matter. The ‘microaggression’ had been committed. Bring in the therapy dogs and the coloring books.

These so-called adults who choose to pander to these overgrown babies are doing them a huge disservice. They’re not always going to be there to shield these snowflakes from that mean ole world. Instead of powdering their backsides they need to be girding them for real life. Good Lord, can you imagine if these creampuffs had to storm Normandy? If we keep this up we’ll be ripe for the picking from any aggressor that wants its way with us.

So, how should the university president at Lipscomb have handled “Cottongate?” He should’ve pointed out the absurdity of cotton being racist. If it really is then we’re going to have to ban the Cotton Bowl, cotton candy, and cotton mouth. He should’ve pointed out that not only is the majority of our clothing made from cotton but so is our money, which features those white supremacists on the front. He should’ve pointed out that children are being used as slave labor in China, there’s ethnic cleansing in Darfur, there’s mass starvation in North Korea. In other words, there are far bigger problems in this world than some pandered cry baby college students getting their feelings hurt over a centerpiece.

This will never stop until sane people stop normalizing crazy. Stop acting like normal behavior is somehow racist. If you truly are not a racist then you have nothing to apologize for.