It's time to stop the conservation movement

It’s time somebody put a stop to this whole conservation movement. We’ve been conditioned to believe our entire lives that conserving everything is good. Not only is it good, to do otherwise is simply immoral. I’m here to tell you it’s all bovine scatology.

You conserve when there’s a shortage, plain and simple. Otherwise, conservation is destructive to the free market and capitalism. 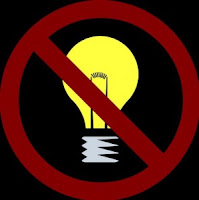 Let’s take energy, for example. It’s the lifeblood of capitalism. We’ve been told forever that we need to conserve energy. Has anybody stopped to asked why? I have, and I am right now. Why are we conserving energy? Are we running out? No. Economist William Stanley Jevons put out a book warning of the depletion of coal. That was 1865. David White, chief geologist for the U.S. Geological Survey, said of the oil supply “the peak production will soon be passed—possibly within three years.” That was in 1919, and we’ve been hearing about peak oil ever since. Paul Ehrlich famously predicted mass starvation in 1968 because of ‘The Population Bomb’ and was famously wrong.

We’re not running out of anything, really. This nonsense of conserving water is just that. Sure, you conserve in a drought, but most of us aren’t in a drought. In fact, around where I live there’s a surplus of water. It literally falls from the sky. Why in the world would I fret over running out of water?

According the U.S. Energy Information Administration, at year-2000 consumption rates, the world has thousands and thousands of years of crude oil. The only thing stopping me from jumping in my car and taking a trip is the price. How much can I afford? We should consume what we need and what we want to consume as long as we can pay for it. To do otherwise is to short-circuit the free market.

Now, I’m not saying that anybody who conserves is a commie. What I’m saying is we’ve been brainwashed into believing that conservation is a virtue. It’s not.

A lady called my radio show just before the Great Recession and suggested we should all sacrifice and do without because we had soldiers in Afghanistan and Iraq. I tried to explain to her that self-imposed conservation is exactly what brings on recessions. When we’re not consuming as we normally would we’re hurting the economy. That’s why, in every recession, economists start looking for signs of consumer confidence. When are the people going to come back out and start buying stuff again?

That’s not to say that we go around purposely wasting energy. That doesn’t make good economic sense. I tell my kids to cut the lights off in their rooms when they leave not because I fear running out of energy or I’m some tree hugger, but because I don’t want to pay the extra money for the power bill and have to replace the lightbulbs unnecessarily. It’s a matter of common sense instead of hysteria.

We have worked mighty hard as a nation to reach the top of the economic food chain. It makes no sense to needlessly sit around in a house with the thermostat set on an uncomfortable temperature. Don’t deprive yourself. Live as comfortably as you can afford and enjoy your life.