As Paris nears, the hysteria increases

You can detect the level of desperation in the global warming movement by the ridiculousness of their claims. Now they’re saying global warming means less sex on the planet. I thought that was a good thing. They’re always telling us there are too many people on the planet. Of course, I’m sure there’s going to be a lot less sex during Spring Break at Ft. Lauderdale than there would be in the dead of winter in Wyoming. 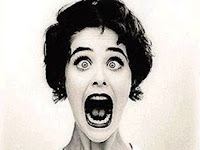 And just to make sure we’re fully redistributing the wealth, the UN Paris Climate Summit includes a provision for an International Tribunal of Climate Justice. I guess we’ll get some new superheroes to go along with it like Recycle Man or Compost Woman. This proposed tribunal is for the express purpose of determining crimes committed by the producer nations like us along with suitable ‘fines’ to be paid to the non-producing countries. Karl Marx could not have dreamed up a more clever scheme.

The heart of the global warming movement has always been marxist. What’s interesting is to hear mega-capitalists like Bill Gates say that capitalism can’t save us from climate change, as he recently did. The assumption is socialism or communism can. Socialist and communist countries have horrible records when it comes to the environment. China is one of the nastiest places on earth. Why? Because poor people generally don’t care about keeping things clean. I know that sounds horrible but it’s true.

Look around your own town. Where’s the cleanest place in town? Where the rich people live. What part of town has graffiti and trash all over the place? The poor side of town. Come on, folks. It ain’t that hard to figure out. The richer, the cleaner. And the more capitalist, the richer. It’s just that simple. It’s the third world countries where you find the most polluted water and air.

Ah, but you see, the dirt people have changed the definition of pollution. When I was growing up, we had the ecology movement. Captain Kangaroo told us not to throw junk out of our car windows. We had clean-up days at ponds and streams. It was all about cleaning up the area we lived in. Something happened on the way to utopia. Now pollution is carbon dioxide. What’s ironic is CO2 is one of the cleanest substances on the planet. It’s odorless, colorless, tasteless, and beneficial to all plant life. It’s plant food.

The entire argument for redistributing wealth, dismantling our economy, and making life in general more miserable is falling apart. I’m a consumerist. My interest is the well-being of the American consumer. I don’t conserve because we’re not running out of anything. I use exactly the amount of gasoline I need and can afford to use. I don’t waste it because it doesn’t make good money sense, but I don’t fret over how much I’m using or some foolish ‘carbon footprint.’ I keep my thermostat on the temperature that’s going to keep me the most comfortable. I don’t make myself miserable to placate the crazy people who wake up each day in a knot over the temperature of the planet. I don’t conserve water unless I’m in a drought. The notion that we’re running out of water is insane. We have the exact same amount of water on the planet that we’ve always had. It’s not going anywhere.

Anything that guilts us into consuming less than we need creates behavior that wouldn’t ordinarily exist. It short-circuits the free market. I suspect that’s been the goal all along. Don’t fall for it.