The Convention of States: Is it time?

I was recently asked to speak at a meeting of the Convention of States. If you’re not familiar with this movement, they advocate constitutional amendments via the second way allowed by the Article V of the Constitution. Instead of both houses of Congress voting by a two-thirds majority to propose an amendment then sending it to the states, this process bypasses Congress. It requires two-thirds of the states to submit applications for a constitutional convention and these applications must deal with the same issue. 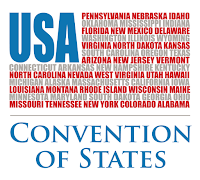 I went into the meeting a bit skeptical. The reason being, I actually proposed this on the air about ten years ago, specifically to address a balanced budget amendment. You wouldn’t believe the backlash I got from many people I respected. The reaction was so ardent that it made me question my own judgement. Had I missed something? Was a constitutional convention some sort of a trap? These people convinced me it was, and the way they did that was through the point that no one can control a constitutional convention. Their argument was that once it started there would be no limiting the damage that could be done, up to and including dissolving the Constitution completely.

I will be the first to admit that I’m not a constitutional scholar. I’ve always left that area of expertise to the experts. If there’s even one chance in a million that some leftist activists could somehow turn the entire convention to their advantage, then we must not take that chance. There’s got to be a good reason why this approach has never been taken before, right?

So, I put the matter out of my mind. When the Convention of States started up a couple of years ago, coincidentally, at the same time talk show host Mark Levin released a book on the matter, I dismissed it. Been down that road and learned my lesson. However, a colleague at work was helping coordinate the meeting and wanted me to speak. I told him of my skepticism and he suggested I come from that viewpoint, ask questions of the legislators who would be attending, and make up my mind based on what I heard.

One of the legislators mentioned a Bible verse during the course of the conversation. James 1:19: “Everyone should be quick to listen, slow to speak.” Never being slow to speak, I took the advice to heart. I asked the tough questions, and I listened intently to the answers.

Changing one’s mind is one of the hardest things we as humans will ever do. It’s also a most humbling experience. In order to change one’s mind, one has to let go of pre-conceived notions and admit that you may have actually been wrong about something. I think there’s a built-in mechanism in our sub-conscience that tells us we’ll lose all credibility if we change our minds. It’s true, politicians who change their minds too often are viewed as wishy-washy. However, when one is presented with facts that change the dynamics of the argument, it’s incumbent upon that person to be big enough to change.

Here’s what clinched it for me. Let’s just say, for the sake of argument, that George Soros and his lot infiltrate the convention of states and insert all sorts of crazy liberal — but I repeat myself — amendments. The fail-safe to this whole process is it take three-quarters of the states to ratify any amendment. I don’t think 38 states will ratify a crazy liberal agenda. If 38 states do, we deserve what we get.