Libs have run out of causes

Did you hear the story about the mom in California who was shopping at REI and her 12-year-old daughter encountered a man in the bathroom? No, it wasn’t a guy dressed like a woman. It was just a man going in there to do his business. You would think the man would be arrested or at least chastised by the manager. According to the mom, the store manager lectured her instead, telling her no one has a right to tell someone which bathroom to use. 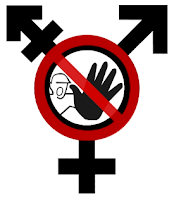 But it’s not so much about transgenders. People have run out of legitimate things to change. Think about it. Since our nation’s founding there have been all sorts of things that needed fixing. Slavery was a big one and we ended that. Women’s right to vote was another one and we fixed that. Then came the Civil Rights era with the Jim Crow laws and we fixed that. Every generation wants to leave its mark. All the big problems have been solved so where does this generation turn? To transgenders.

Look, I get it. I’m an iconoclast from way back. I’m always bucking conformity. I’ve never liked doing things just because people say that’s the way it’s always been. I question everything and if there’s a better way to do it, I’m all in. It’s just with going to the bathroom, separate facilities for men and women just makes sense.

Now, let’s be honest. Not many guys are going to complain about a woman coming into the men’s room. If they do, we’re going to have to ask for their man card. Women, on the other hand, are quite disturbed by men invading their space. Is that sexist? You’d have to ask the women. They’re the ones upset about this and I’m behind them 100 percent.

If the libs are going to push through this shattering of bathroom tradition they at least need to be consistent. They’re the same bunch who think men are pigs and we’re all sexual predators. If that’s the case, why are they encouraging these pigs and sexual predators to use their bathroom? Why are they putting their daughters in danger?

And don’t tell me you have to be a transvestite to use the ladies’ room. If I “feel” like a woman it doesn’t mean I have to dress like one. That leaves the door wide open — literally — for every pervert and child molester in the country. Not to mention the straight guys who will show up just because they can. Heck, if I could’ve gotten away with hanging out in the girls’ locker room in high school I would’ve worn a dress to school every day.

It’s pretty simple. If you have a wee-wee you go to the men’s room. If not, you go to the ladies room. It doesn’t matter what you’re wearing.

Believe it or not, generally speaking, it’s not against the law for a guy to use the ladies’ room in most states. Several are trying to change that. It’s really a shame that lawmakers would even have to consider such a law. Before, it’s was a matter of common decency. Apparently, we’ve run out of that.