The blurred lines between race and politics

I overheard a conversation recently among some self-proclaimed liberal Democrats regarding the future of their little town. Historically, the town has been governed primarily by white folks despite it being a majority black town. They were strategizing how to keep it that way. Now, these are liberal Democrats, mind you. 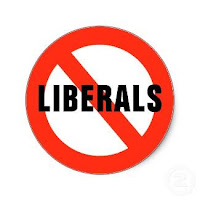 It illustrates just how entrenched a political party becomes in the minds of voters and how some people will cling to the Democrat Party when, ideologically, the party left them in the dust years ago. You see, what these people fear is not black rule over their city but liberalism. When the Democrat Party took a hard left turn, these people held on for dear life and turned with it. Electing white Democrats in this small town didn’t seem to bother them. What bothered them was black Democrats, which I found fascinating.

One could argue that, deep down inside, these people trying to keep black rule from their town are racist but it’s not as simple as that. What they know — and don’t even realize they know — is that the far left wing of the Democrat Party uses black people to advance their liberal agenda. Believe it or not, there are still Democrats in the South who are fairly conservative, at least on the local level.

If you want to see how far a city can drop into the abyss, just look at Detroit. In the last 40 years it has seen its population plummet from over 2 million to 700,000. Detroit filed the largest municipal bankruptcy in the nation’s history at over $18 billion in debt. Yes, that’s 18 billion with a “B.” During that period of time Detroit was run by a succession of black mayors but the reason Detroit crumbled is not because its mayors were black. It’s because they were liberal. They pandered to the largely black population by offering government handouts instead of making sure the jobs didn’t leave the city. Unions, historically run by white liberals, had a lot to do with Detroit’s fall from grace. They demanded too much, compromised too little, and put large corporations on the path to least resistance which was to leave the city, some leaving the country altogether.

So, what troubles these Democrats I overheard talking about their little town is really a scaled-down version of what killed Detroit. Blacks tend to vote over 90 percent Democrat. The Democrat Party is now run by a bunch of wild-eyed liberals who think government bailouts and welfare are the answer.

Mike Duggan is the first white Detroit mayor elected since 1970. The problem is, Duggan is still a Democrat. Yes, he’s a businessman who’s tried to implement some free-market solutions to Detroit’s problems but he’s still relying on the old liberal solutions, like a new arena for the Red Wings that’s getting 60 percent of its funding from the taxpayers. In the meantime, the state of Michigan and the federal government have thrown hundreds of millions of dollars at Detroit to keep their untenable pension funds alive.

The irony is, if black conservatives ever run for office in Detroit they would never get elected. Conservatives like Herman Cain, Allen West or Ben Carson could easily get Detroit back on track with free-market ideas instead of government bailouts and retread liberal ideas like bankrolling sports arenas.

Only three things really matter when it comes to the health of a city. Low taxes, low crime rate and good schools. Anything else is just painting over rotting wood, which is a pretty good analogy of today’s Democrat Party.