The truth about Keystone XL

Rarely have we seen so much ado about saving one senate seat. The vote on the Keystone XL pipeline was an exercise in futility. It was never going to get the signature of President Obama yet it was fast-tracked through the U.S. senate after six years of blocking it only so Sen. Mary Landrieu of Louisiana could vote for it. 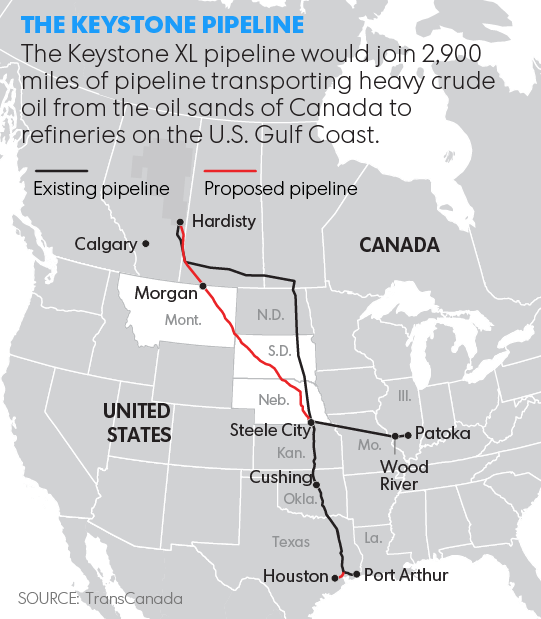 It fell one vote short of passage in the senate and that was by design. Harry Reid was never going to allow this out of his chamber to potentially embarrass the president. The thinking was it would give Landrieu a shot in the arm in her run-off race, but she can’t hide from voting 97 percent of the time with Obama.

The person who may be most damaged by the vote is Harry Reid himself. He’s up for re-election in 2016 and he barely got 50 percent of the vote in 2010. If the Republicans put up a stronger candidate than Sharron Angle, and it’s likely they will, this Keystone vote could be a big issue.

Sen. Michael Bennet of Colorado sure thought it was. He’s a Democrat up for re-election in two years and he voted for it. It would be nice if it would scare other Democrats into voting for it when the Republicans bring it back up after they take over in January but that’s not likely. The other nine Democrats up for re-election in 2016 are in pretty safe seats. Names like Schumer and Boxer and Wyden and Mikulski.

What I’m trying to wrap my mind around is why this is even an issue in the first place. The Canadian oil starts its trek south in the town of Hardisty, Alberta. There already is a Keystone pipeline into the United States. It originates in Hardisty, goes east across Saskatchewan province to the province of Manitoba then heads south just west of Winnipeg into North Dakota. From there it heads straight to the Gulf Coast through South Dakota, Nebraska, Kansas, Oklahoma and Texas. The newly proposed leg would essentially be a shortcut to Kansas. It would enter the U.S. in Montana then head southeast until it connects with the original line at the Nebraska/Kansas border.

The dirt people who are all frapped up about global warming would like for you to think that this is some sort of breach into the United States. They talk about not wanting the “dirty oil sands oil” in our country. What they call “dirty” is something that generates more carbon dioxide. And it does create about 9 percent more CO2 than the average U.S. crude. But CO2 is not a pollutant. In fact, it’s beneficial to the planet. It helps plants grow faster, heartier and bigger. We learned this in third-grade science class.

So, there’s really no reason not to approve the Keystone XL pipeline. According to our own government’s analysis of the issue, that oil is going to be burned anyway. We may as well create a bunch of jobs by piping it to the Gulf Coast.

And while we’re at it, let’s open up more public land to oil exploration. Experts say we could be energy independent within five years. Would that not be an awesome thing? No more bowing to Saudi kings. No more turning a blind eye to the illegal invasion from Mexico because we need their oil. No more wars over oil. What’s not to like?

The only thing holding us back is this silly notion that we’re destroying Earth by emitting plant food. It’s time to grow up.