SCOTUS comes through for liberty

The Supreme Court has wrapped up its session and, all-in-all, it was a good run for liberty in America. The most high profile of the cases came at the end when the court ruled in favor of Hobby Lobby and similar “closely held companies.” What they meant by “closely held” is any business that is run on a day-to-day basis by its founder or owner. The news media reported that it was over religious objections to contraception but that was misleading. It wasn’t about condoms or birth-control pills. It was was about drugs like RU486 and other “morning after” medications that some refer to as “abortion pills.”

Proponents of RU486 claim it is not an abortifacient, rather it is used to prevent a pregnancy. 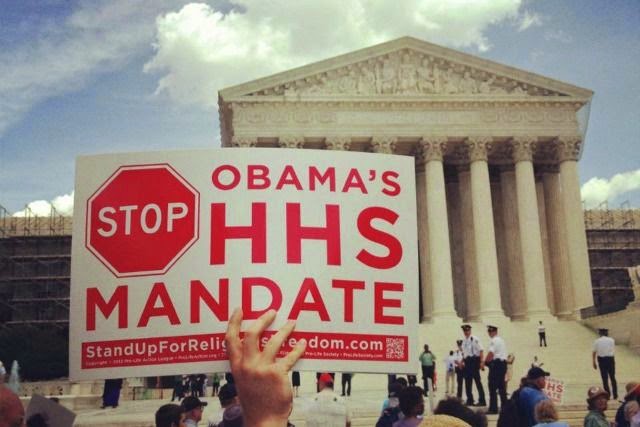 Technically, that’s true, however RU486 is designed to end pregnancies in the first 7 to 9 weeks. It is, in fact, an abortion pill and that was the objection of Hobby Lobby. The owners of the company have a religious objection to abortions and feel they shouldn’t have to pay for such drugs. The high court agreed.

The hysteria from the left was predictable. The White House said the ruling would put women’s health in jeopardy. Ilyse Hogue, the president of NARAL Pro-Choice America told CNN, “They said it’s OK for bosses to make personal decisions about health care which we pay for with our labor.” What a ridiculous statement. Nobody is saying a woman doesn’t have the right to RU486 or abortions. This ruling confirmed the common sense position that if you want such things you need to pay for them yourself.

Remember Sandra Fluke? She thought Georgetown University, where she was a law student, should pay for her contraception. She, like others on left, tried to argue that it was somehow her right to have a third-party pay for her promiscuity. No one was stopping her from buying her own pills. The great misinformed masses out there have been brainwashed into believing that anyone who opposes a company having to pay for contraception is trying to ban birth control. It’s not about birth control. It’s about forcing someone else to pay for it.

That is the central issue in Obamacare and the Supreme Court sidestepped it yet again. It is unconscionable that in free America a company is forced to pay for someone’s health insurance; something that has nothing to do with their job. If you argue that one must be healthy to perform their job then you can also argue that one must be clothed, satiated and transported to do one’s job. No one is suggesting that your employer buy your wardrobe, food, and car. At least not yet.

The high court not only made the right decision in the Hobby Lobby case, they slapped back the unions, saying home-based Medicaid programs can’t be forced to pay union dues. They collared the Obama administration, ruling that the president can’t make so-called “recess appointments” when the senate is actually in session. And in a unanimous decision the court ruled that cops can’t search your cell phone without a warrant, a huge boost for privacy and liberty advocates.

This session of the Supreme Court was an exercise in the checks and balances inherent in our Constitution. It curbed the powers of the president, the congress and police who are all famous for coloring outside the lines. But Supreme Court rulings are only effective insofar as those scolded by its power adhere to its admonition. In the case of this presidency, specifically, that remains to be seen.