The real motivation behind the Bergdahl swap

We’ve had some time to reflect on the Bowe Bergdahl prisoner exchange, and I’m of the opinion that we’ve been focusing on the wrong thing. Since his release, the news media have delved into the circumstances of Bergdahl’s capture. There’s little doubt now that he sneaked off the army post and into enemy hands. The big question remaining is was it intentional? We may never know.

What’s puzzling about the Bergdahl affair is he was held captive, supposedly, for five years yet very few Americans had ever heard of him. This leads me to believe that the army knew all along he was a deserter. That’s why there was no national movement to bring him home. 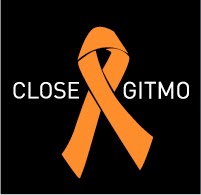 I remember the POW bracelets of the post-Vietnam war era. The names of POWs left behind were engraved on nickel-plated bracelets with the soldier’s name, rank, and date of capture. We knew the names of these men. There were many of them.

Bowe Bergdahl was the only so-called POW left from the war in Afghanistan yet precious few of us knew of him. I believe that was on purpose. My theory is the army didn’t want to make him a hero, because he wasn’t one. In fact, sources say that Hillary Clinton, when she was secretary of state, had no intention of working on behalf of his freedom.

Why, then, all of sudden, was he exchanged for five high-value Taliban terrorists? That’s what I mean by our being focused on the wrong thing. It was never about Bowe Bergdahl coming home. It was about the Taliban prisoners getting out.

That may come as a shock, but remember President Obama’s campaign pledge when he was a candidate in 2008. He vowed to close Gitmo. Once he assumed the presidency, he found it was much more difficult than he had imagined. Congress wasn’t going along with it. Neither were many in his own party.

What does Barack Obama do when he hits a roadblock? He finds a way to go around it, even if it means trampling the Constitution and breaking the law to do it. He hit a wall on amnesty. Now we have thousands of illegals streaming across our border and nothing is being done about it. His cap-and-trade scheme for carbon dioxide emissions was stopped in the senate. Now his EPA is doing essentially the same thing without approval from congress. He’s wanted to ban guns but found little support in congress. Now he’s using the FDIC to label gun shops as “high risk” and banks are severing their relationship with them. If you can’t ban guns by law, the next best thing is to make it impossible for anyone to buy them.

The New York Post recently reported that Gitmo terrorists were being released for all sorts of crazy reasons. One because he had taken up yoga. Another because he wanted to start a milk and honey farm. Yet another because he had a positive attitude. The exact number of prisoners that have been held at Gitmo is a mystery. Best guesses by the news media put the number at around 775. Many of those have been released. Counting the release of the five Taliban terrorists, there are about 145 prisoners left. Some 70 are scheduled for release soon. About 30 percent have rejoined the jihad against America.

Very soon there will only be 80 prisoners left, and Obama is determined to release the rest before his term expires. He may not close Gitmo, but once he’s done there will be no one left to guard.

Posted by Phil Valentine at 1:03 PM